In front of the fortress, in a palm grove, there are several interesting monuments: Carlos The First , king of Portugal since October 19, 1889 the year. During his reign Portugal suffered a series of diplomatic defeats, losing to England's control over its African colonies, and the country itself was rapidly losing ground in international politics falling into dependence on England. In the country itself, things were also not going well and in the In 1892, the state was declared bankrupt. Ten years later history repeated. All this provoked mass discontent, in response to which Kalush introduced a virtual military dictatorship. February 1, 1908 on the king's day an attempt was made in which he and his eldest son, Louis, were killed Philips. In this regard, Carlos I is known as the "Martyr" (Carlos I o Martirizado). But the king also left a good memory about himself, being known "in the highest I am a cultured person, a connoisseur of the arts and a patron of science", as Portuguese President Anibal said at the unveiling of the monument in 2006 Cavaco Silva. 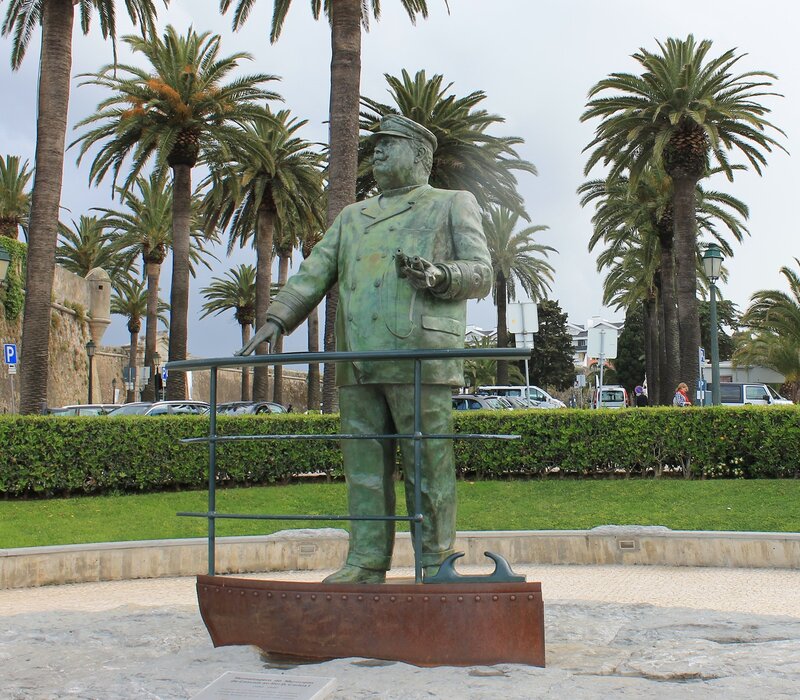 Monument to the 19th infantry regiment, formed from the inhabitants of Cascais. The regiment distinguished itself on 27 September 1810 in the battle of Busacu, where the Anglo-Portuguese troops under the command of under the command of Lord Wellington, after suffering heavy losses, they still struck defeat of Napoleon's army. 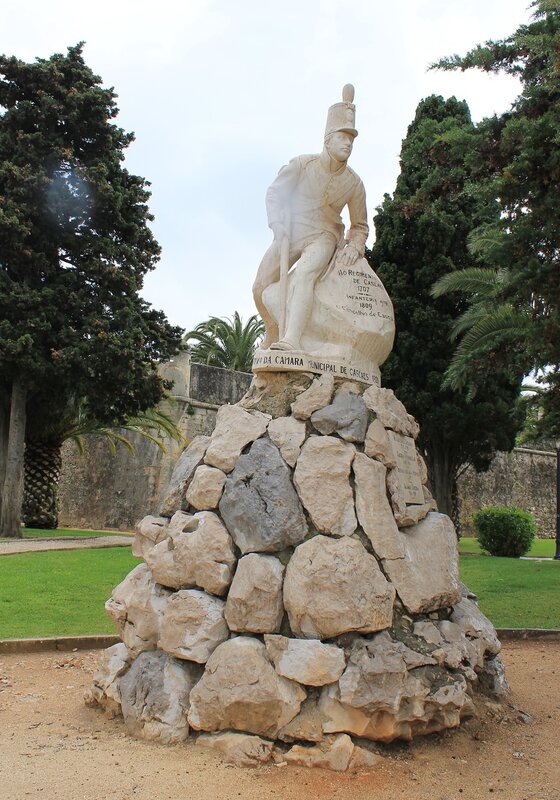 Monument to the air defense artillery batterycreated in the fortress in 1935. 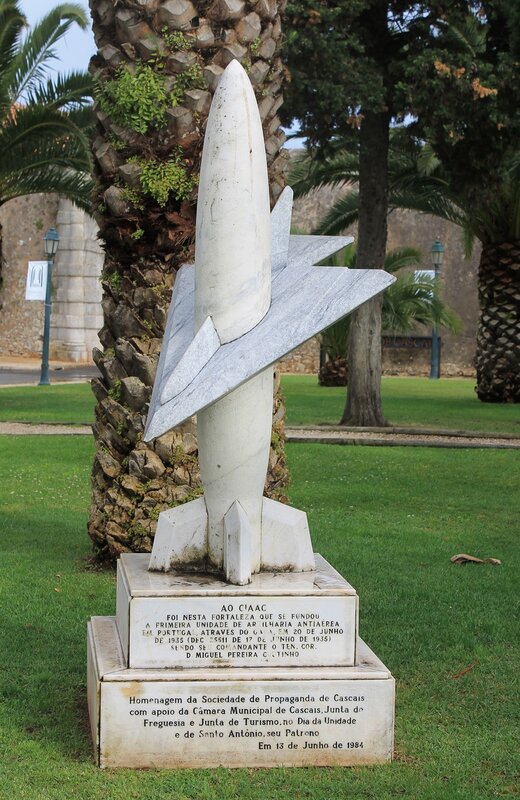 Diego de Meneses (Diogo de Meneses), a native of Cascais. From 1576 to 1578 he was Governor of the Indian dominions Portugal. During the war with Spain when defending the castle Setubal was taken captured by the Castilians and beheaded by order of the Duke of Alba. 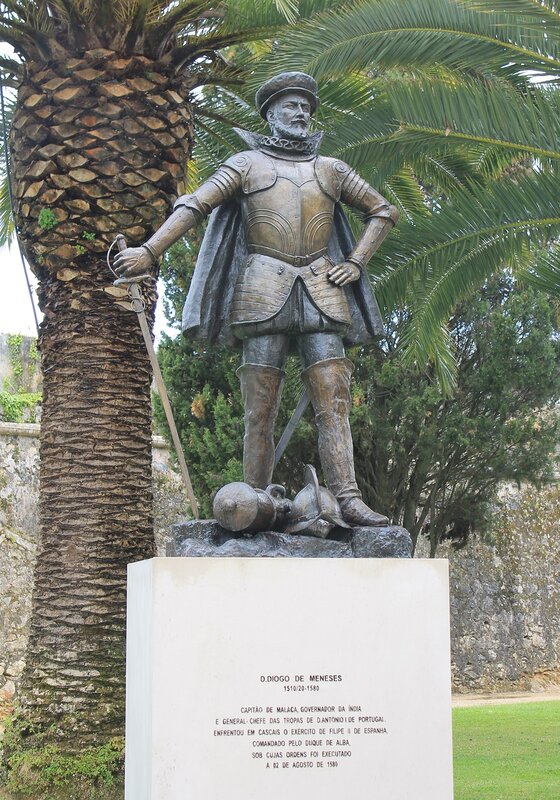