The "Art Nouveau" architectural style began to spread in Portugal quite late, which was due to the low rate of industrialization compared to other European countries. The first projects began to be implemented only after the end of the First world war, in which Portugal, although maintaining formal neutrality, still suffered significant damage as an ally of great Britain. The style centers are considered to be Porto and Aveiro, but also in Coimbra you can see several architectural masterpieces of that era. The building of the hotel "Astoria" is the most famous of them. 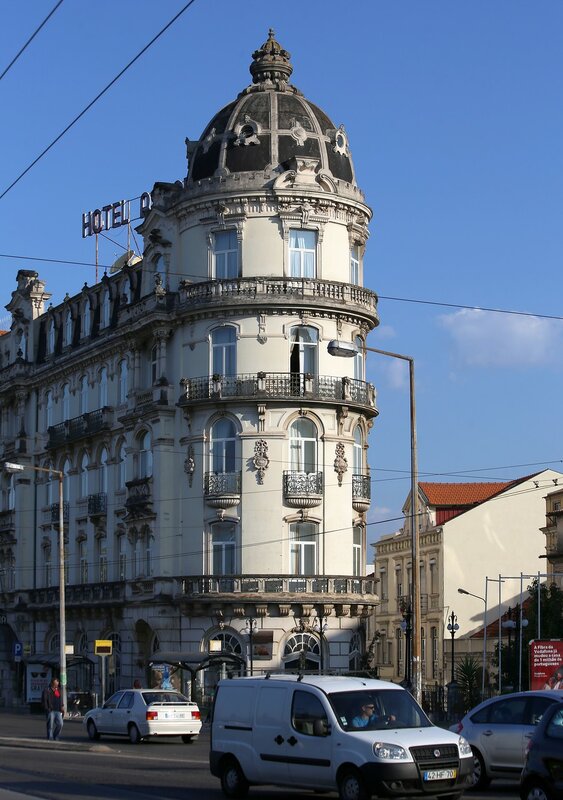 The history of the hotel begins in 1919, when Adães Bermudes, one of the best Portuguese architects, began work on the project. The shape of the building - "iron" clearly indicates that the author drew his inspiration from the construction of Parisian streets of the "Belle Epoque", teeming with wonderful wedge-shaped buildings - "ships". 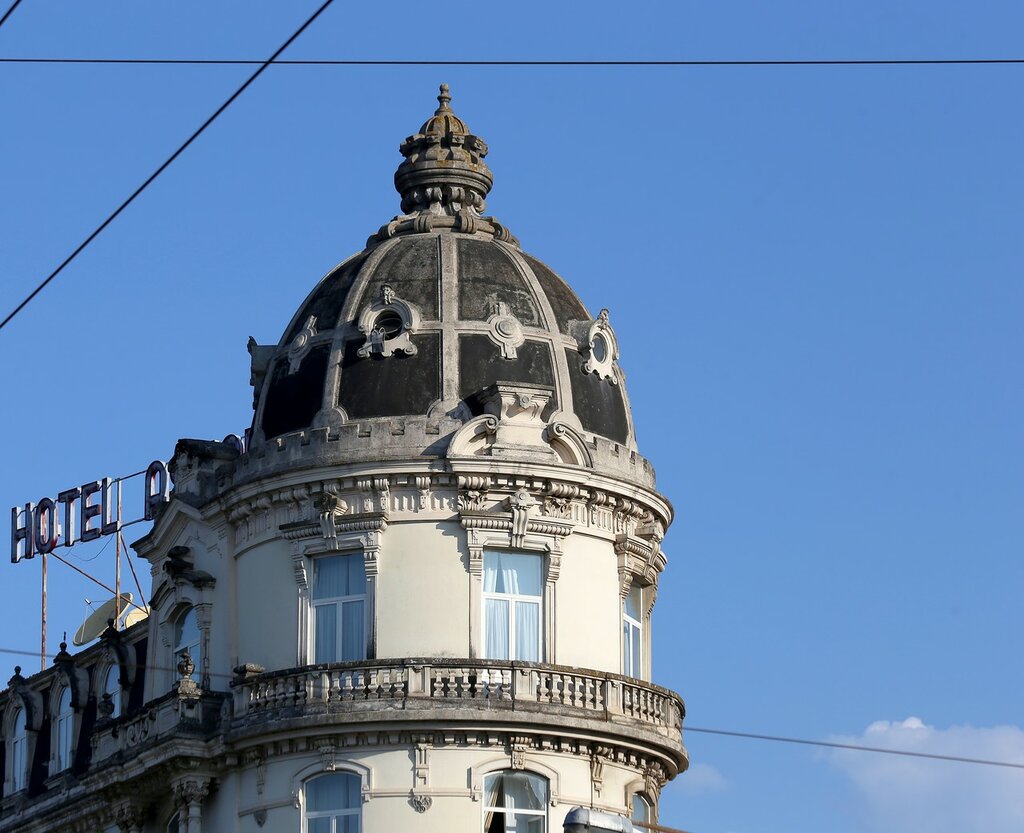 The hotel was opened in 1926 and immediately became one of the symbols of Coimbra. In addition to the elegant forms and wonderful decor, the hotel provided its customers have comfort elements that were implemented in Portugal for the first time. In particular, it is the first hotel in the country, each room of which had a telephone. For the interior decoration, dark wood panels, wrought iron, elegant draperies, and colored glass were used. 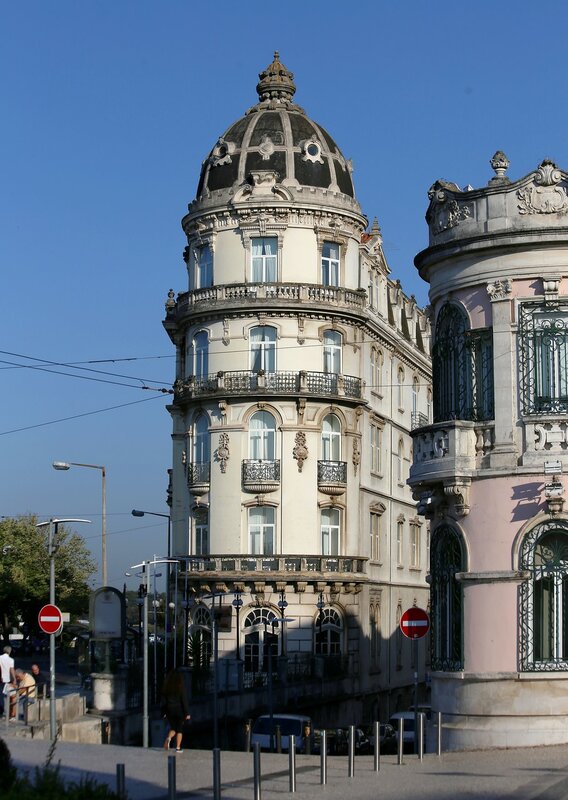 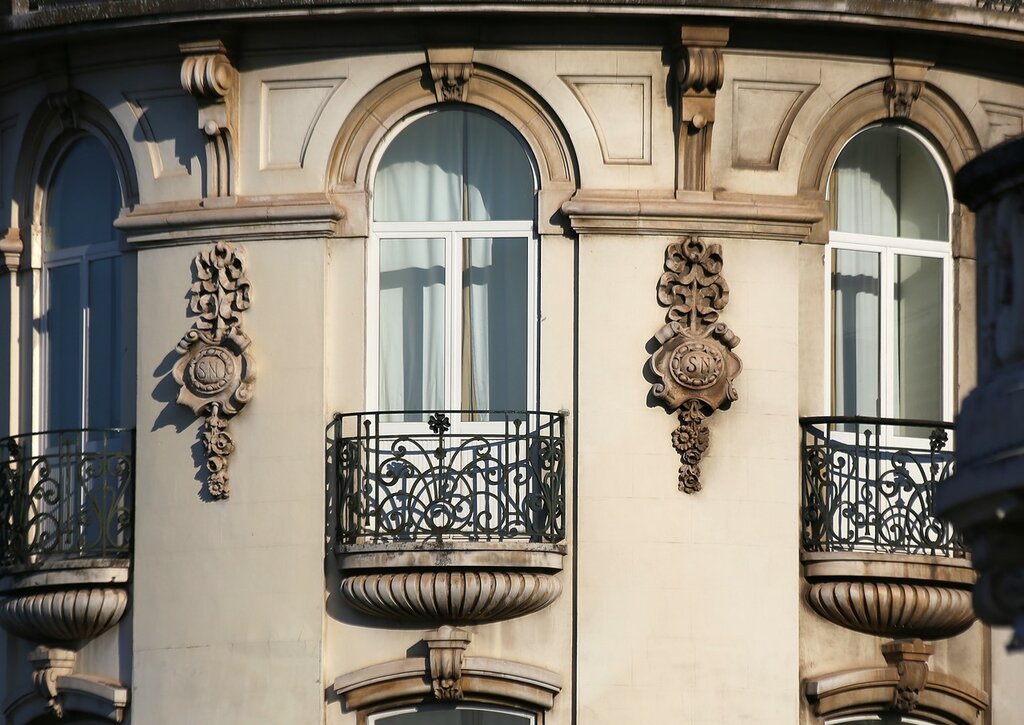