Basilica of the blessed virgin of the rosary* (Basílica de Nossa Senhora do Rosário, on the map), dominantSantuario de fátima, it was built on the spot where the shepherds saw the first flash, which preceded the miraculous phenomenon on may 13, 1917. Construction began in 1928 under the design of architect Gerard Samuel van Krieken, a Dutchman who was educated in Geneva and worked in Portugal. The architect never saw his creation, the construction lasted 25 years, the temple was consecrated on October 7, 1953. 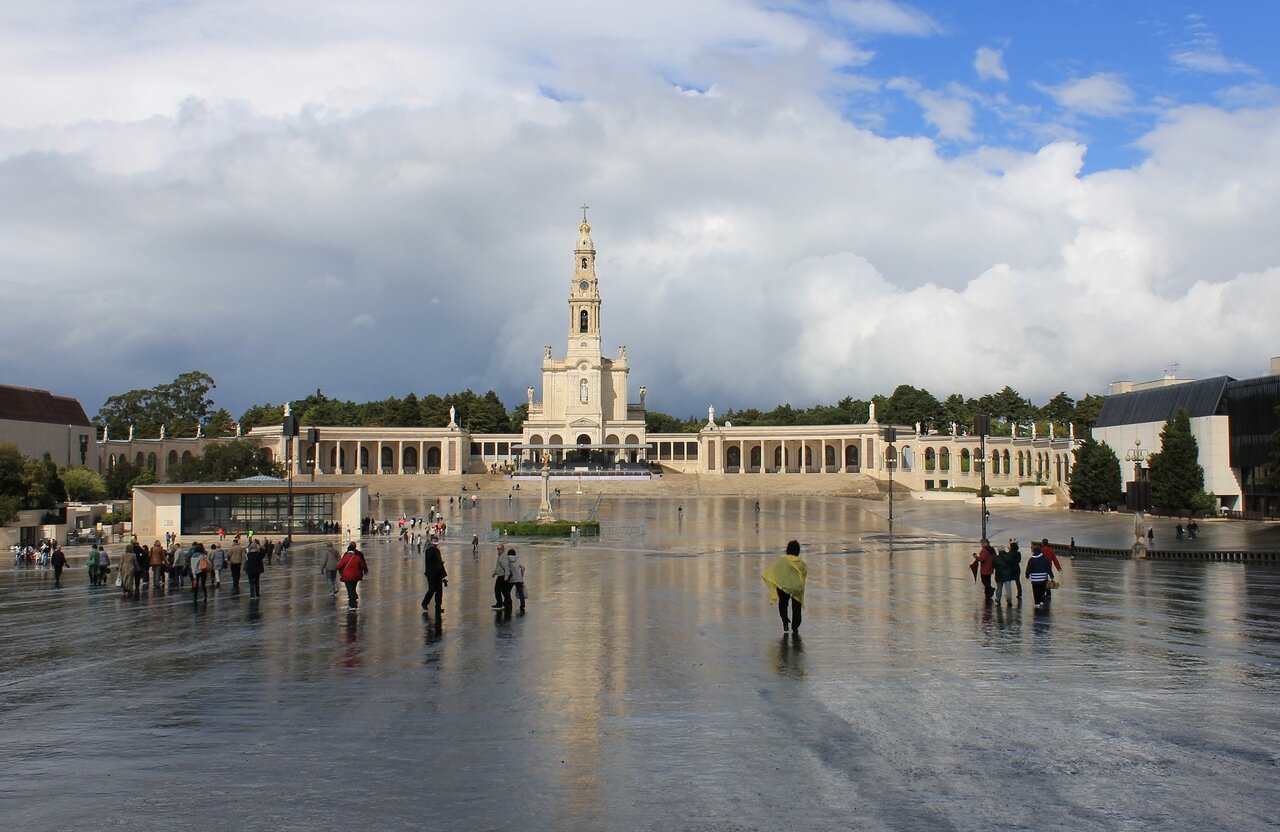 The building measures 70.5 meters long and 37 meters wide, was built in neo-Baroque style from local limestone . In 2005, work was carried out to clean the walls, which had darkened since the construction . 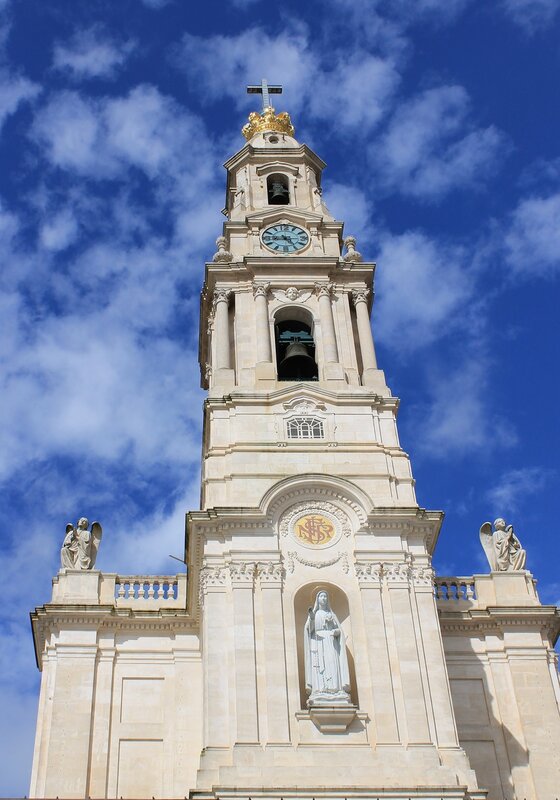 The bell tower is 65 meters high and is crowned with a bronze crown and a cross weighing 7,000 kg. The belfry has 62 bells cast in Fatima by Braga master Jose Coutinho (José Gonçalves Coutinho). The largest bell weighs 3 tons and its tongue is 90 kg. 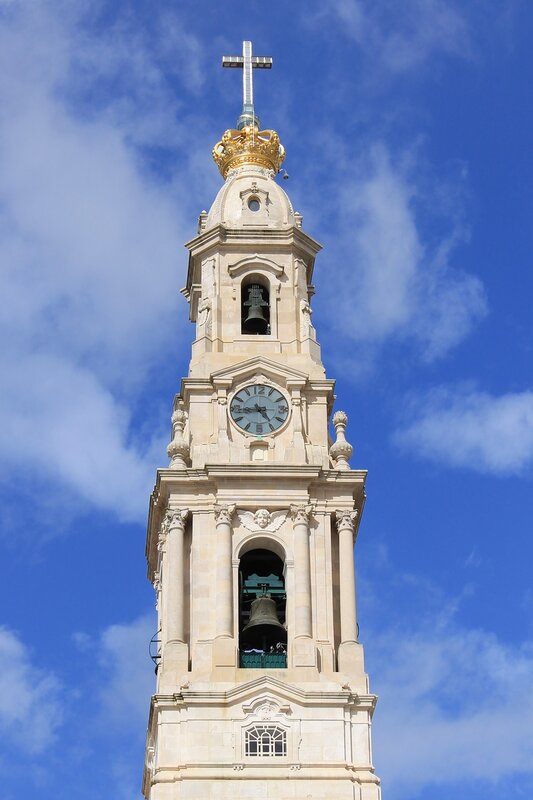 A large statue of the virgin Mary in a niche above the main entrance to the Basilica was executed by the American priest and sculptor Thomas McGlynn (Thomas McGlynn). Father Glynn created the image of the virgin from the stories of sister Lucia, who witnessed the apparition. The height of the statue is 4.73 meters, weight is 14 tons. The statue was presented as a gift from the Catholic Church of the United States in 1958. The angels on the main facade are the work of the sculptor Albano Franca. 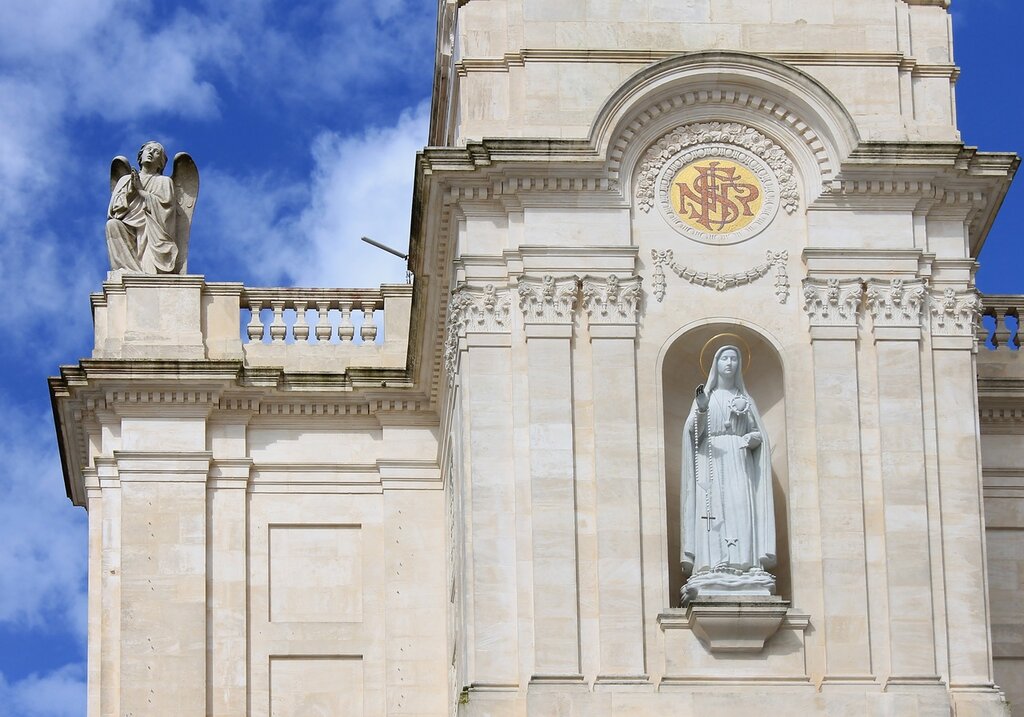 The colonnades connecting the main building of the temple with the two chapels are designed by architect Antonio Lino (Lino António, 1914-1961), consisting of 200 columns and 14 arches each. The colonnades are decorated with 17 marble statues of Pro-Dougal saints. 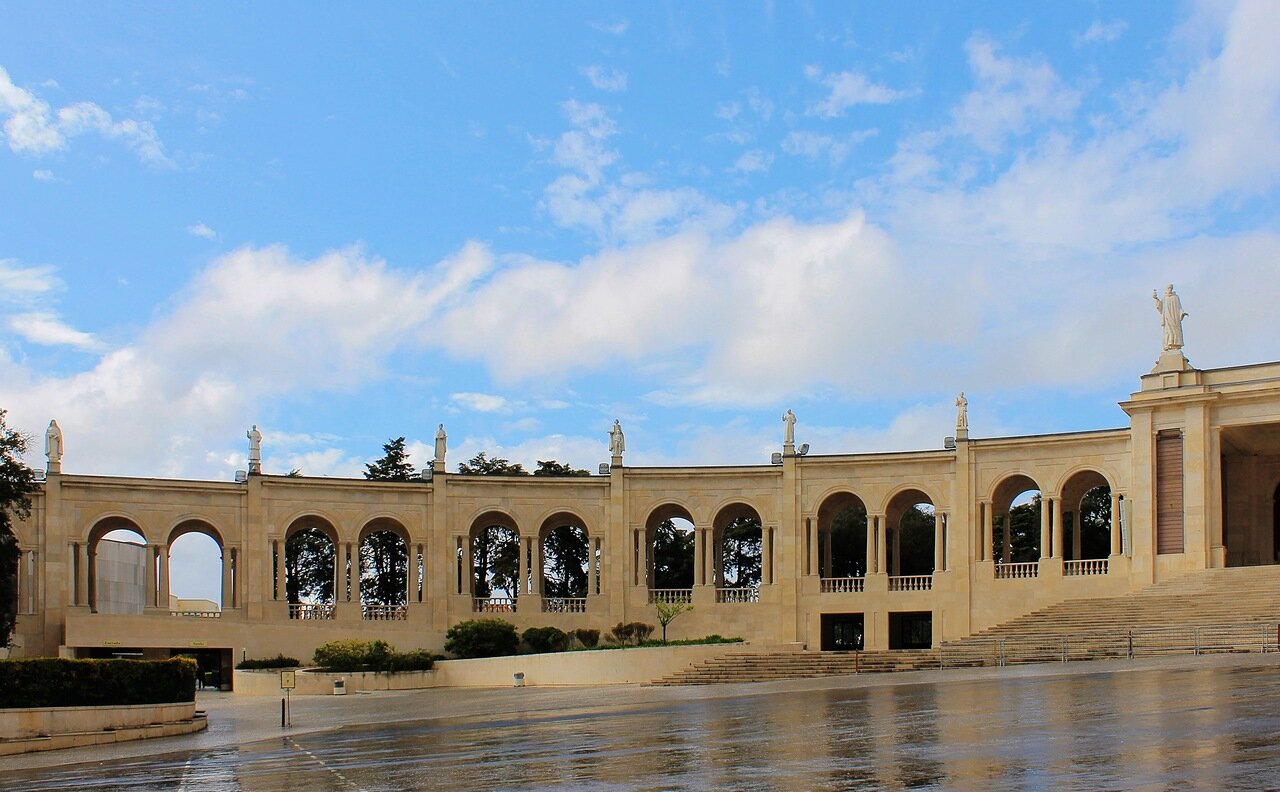 The statues above the arches have a height of 2.3 meters, 4 statues on the corners of the side chapels of 3.2 meters each depict São João de Deus, the sculptor Álvaro Brée, São João de Brito, the work of António Duarte, Santo António de Lisboa, the work of Leopoldo de Almeida and São Nuno de Santa Maria by the sculptor Barata Feio. 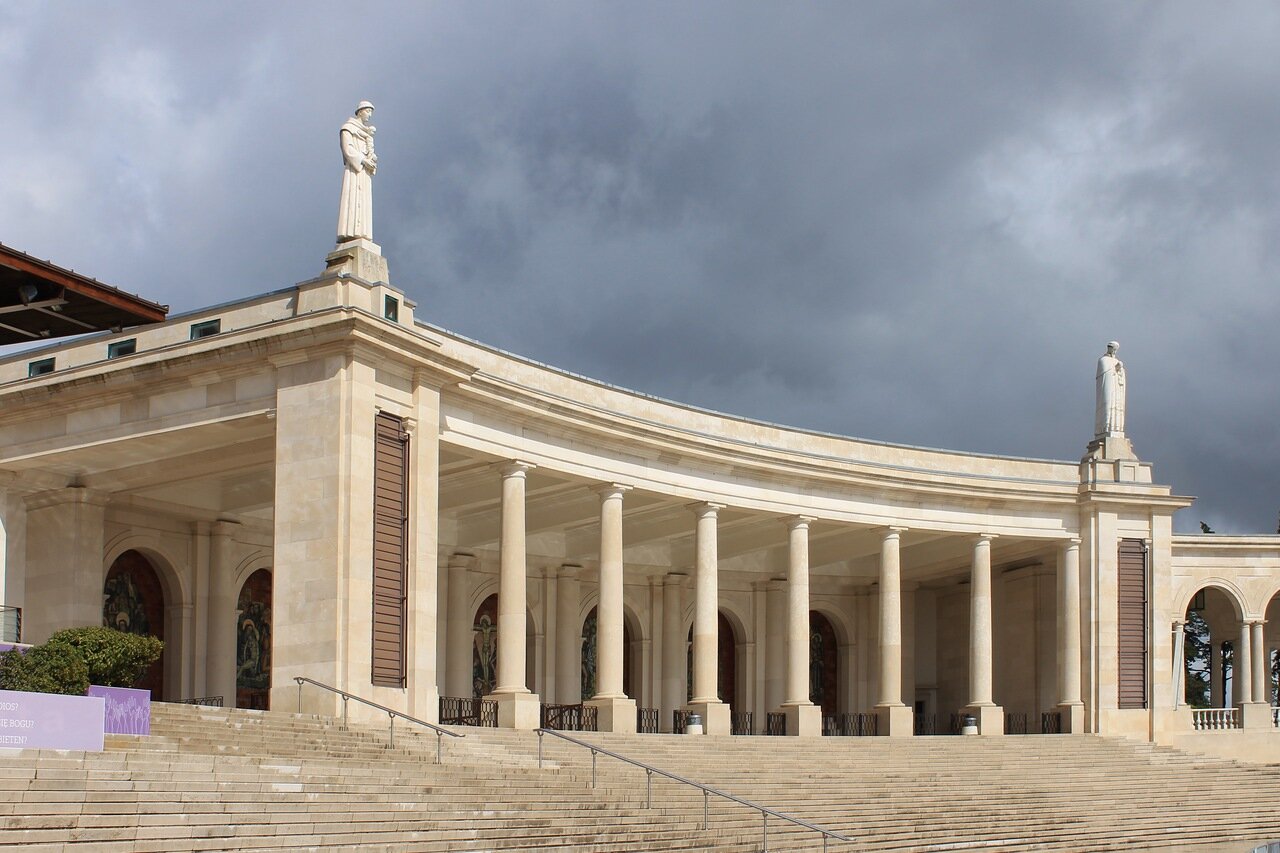 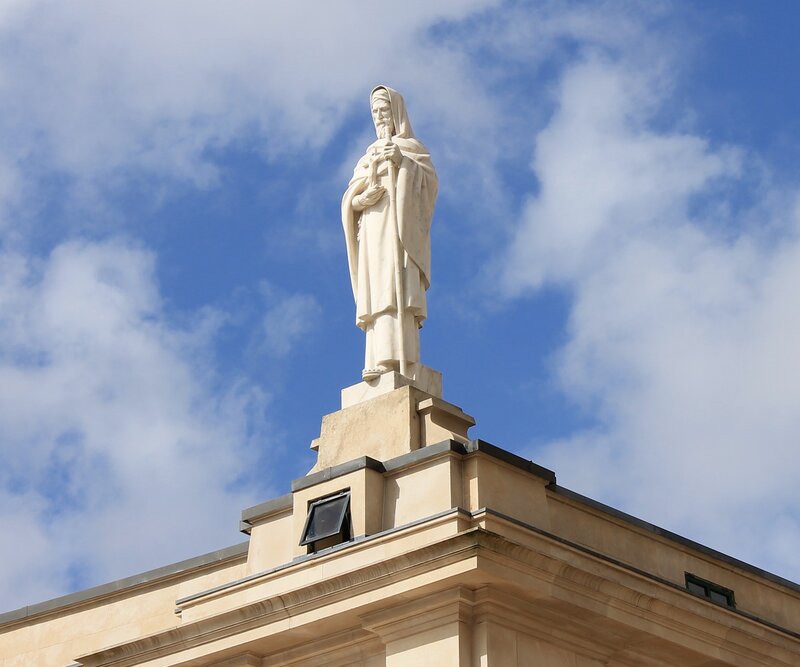