At the place de La Republique, I walked along the Park of the Villa Portela towards the city center along the street named after Dr. Jardine. I would like to note that doctors are highly respected in Portugal, and streets named after them are not uncommon. On the right side of the street, a ceramic panel attracts attention, which everyone can interpret to the best of their depravity. To be honest, I also had a flash of what it was...well, you get it... 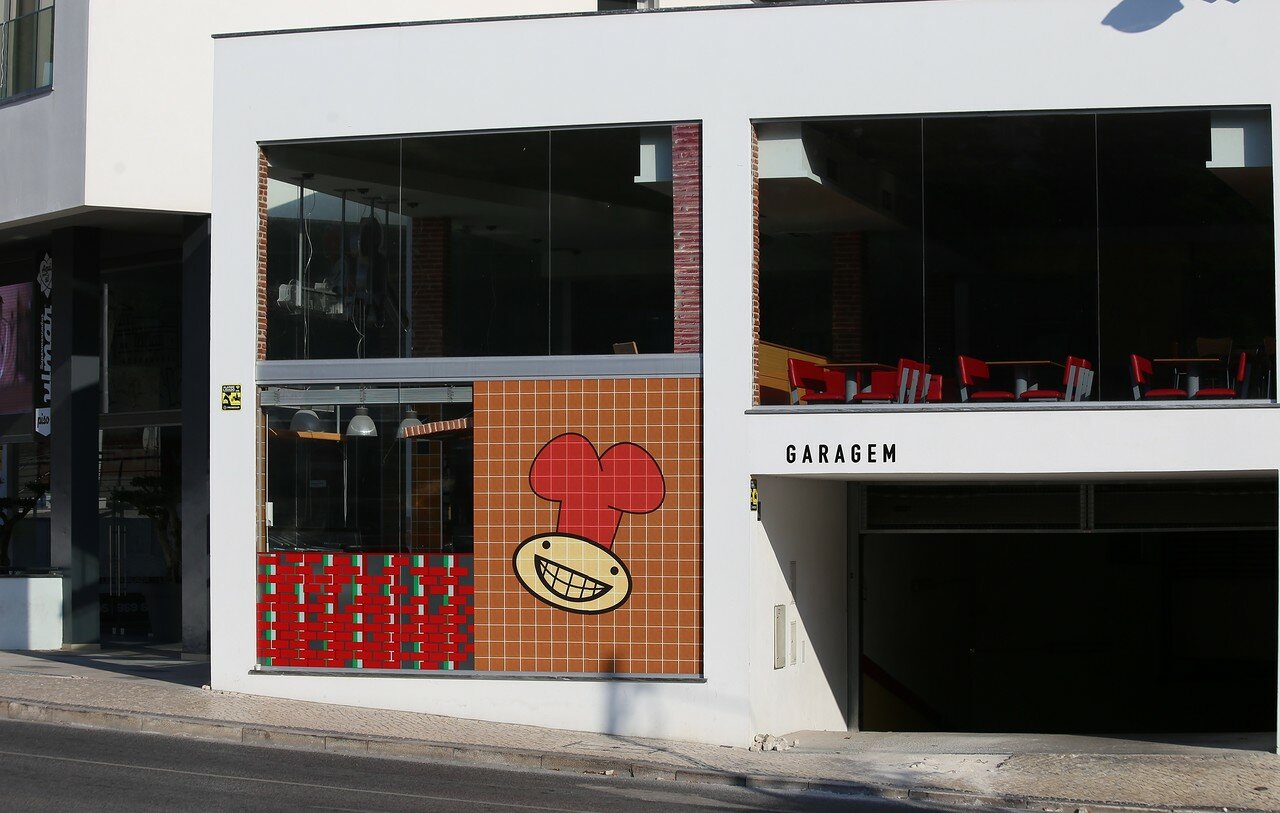 Around the corner of the cafe is another wonderful view of the symbol of Leiria. 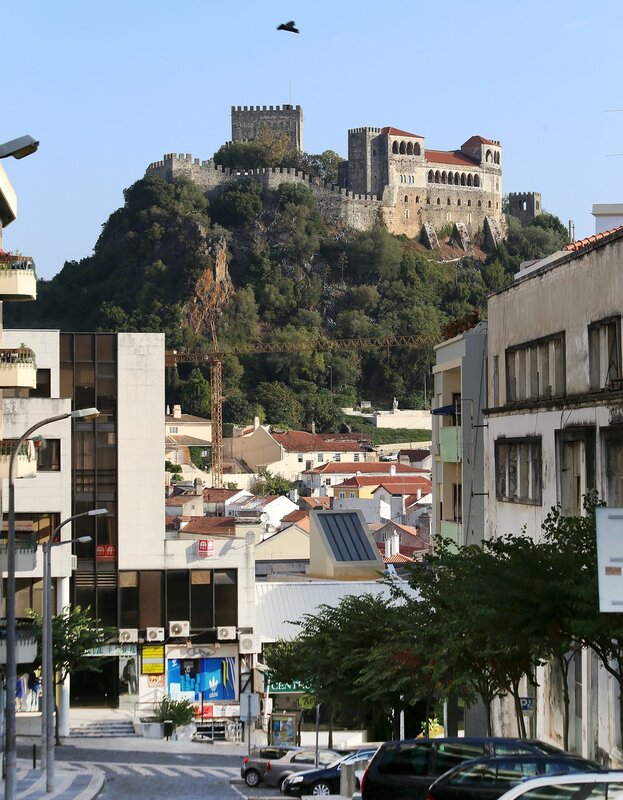 From this side, you can clearly see the Torre de Menagem (prison tower, dungeon). 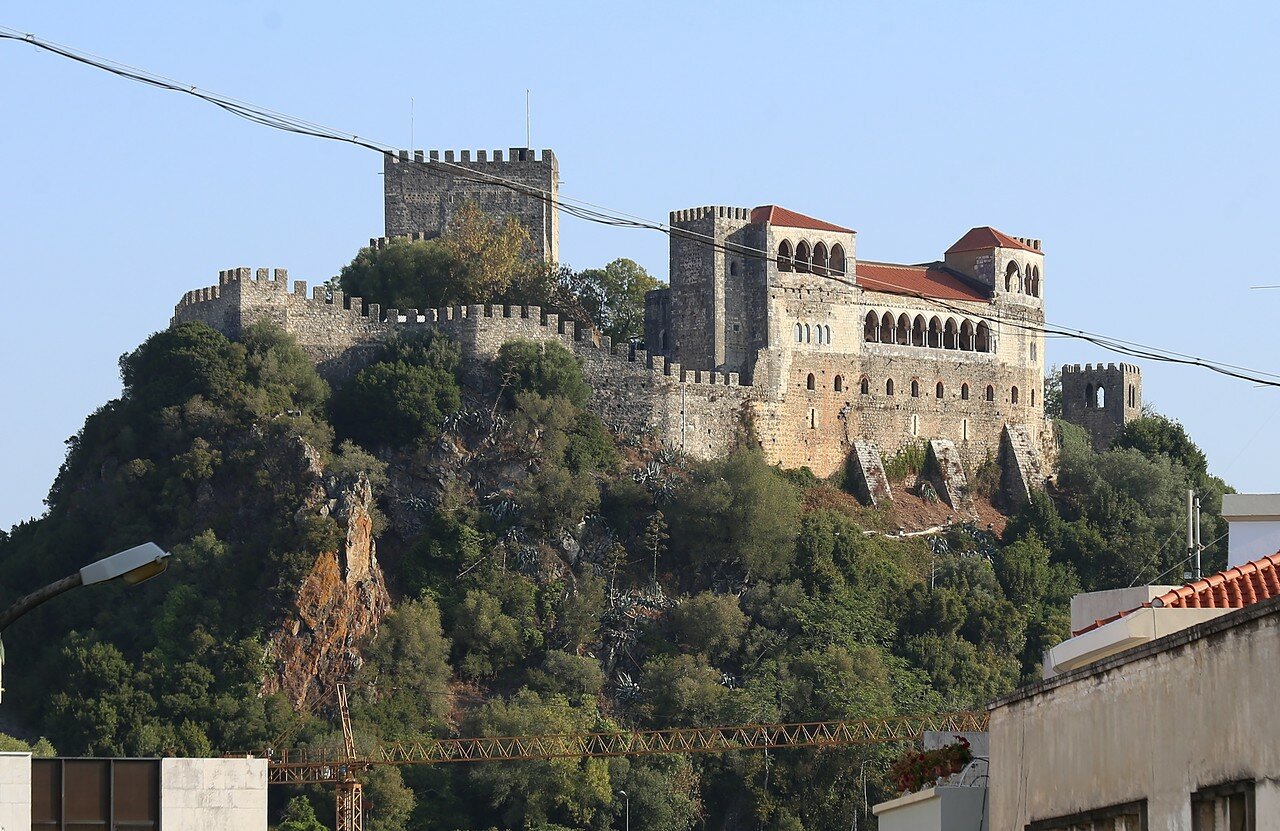 Then I turned onto Rua Machado do Sentus (R. Machado dos Santos), where I found the local branch of the Socialist party. 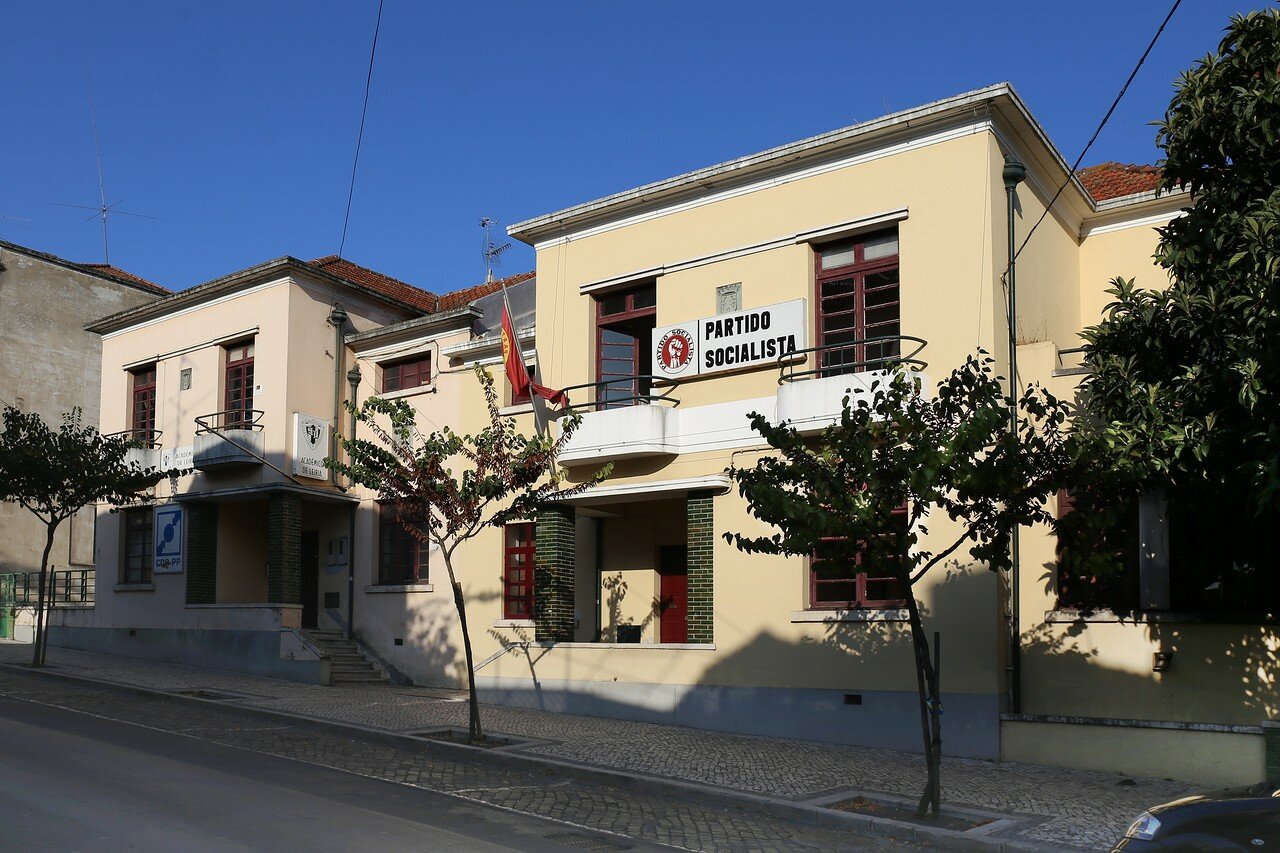 Bas-relief with the coat of arms of the city - this is understandable. 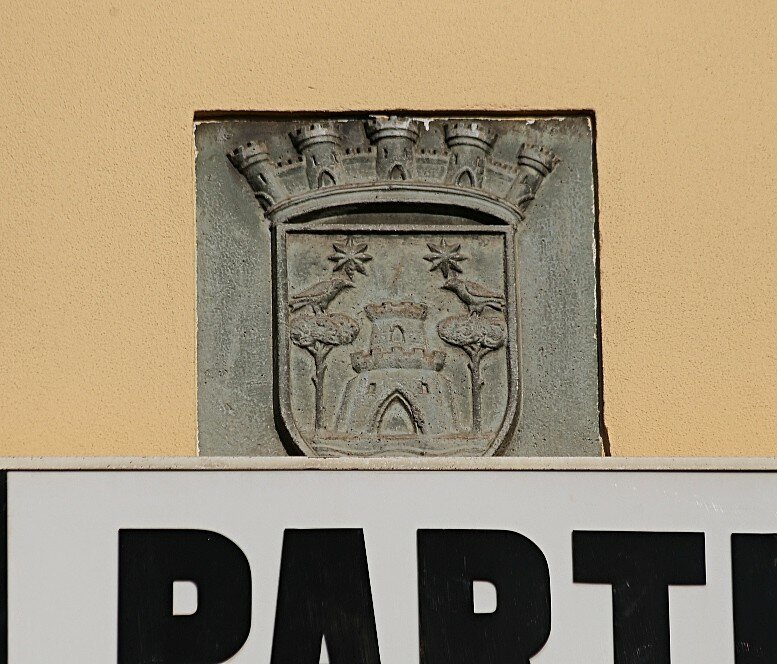 But what does the goddess of justice have to do with socialists? 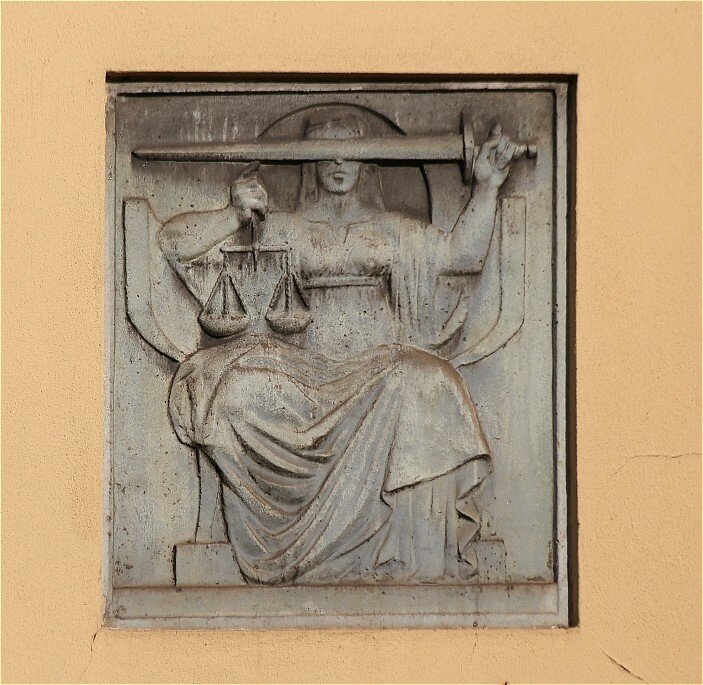 And this, presumably, is Nemesis. It seems that the goddess of retribution reads the sentence before bringing down the punishing sword on the heads of those who have violated the law. In General, I came to the conclusion that this building was once occupied by the justice authorities. Now the Tribunal de Leiria is located on the Republic square. 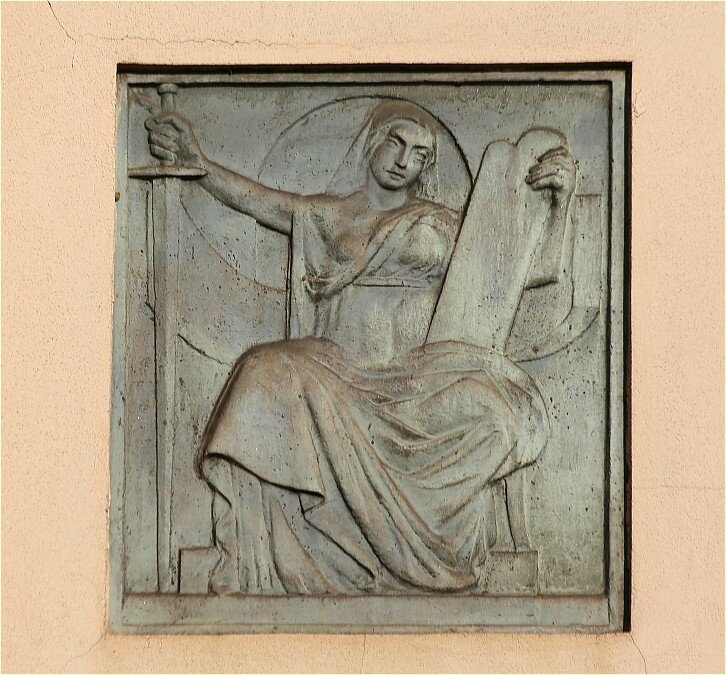 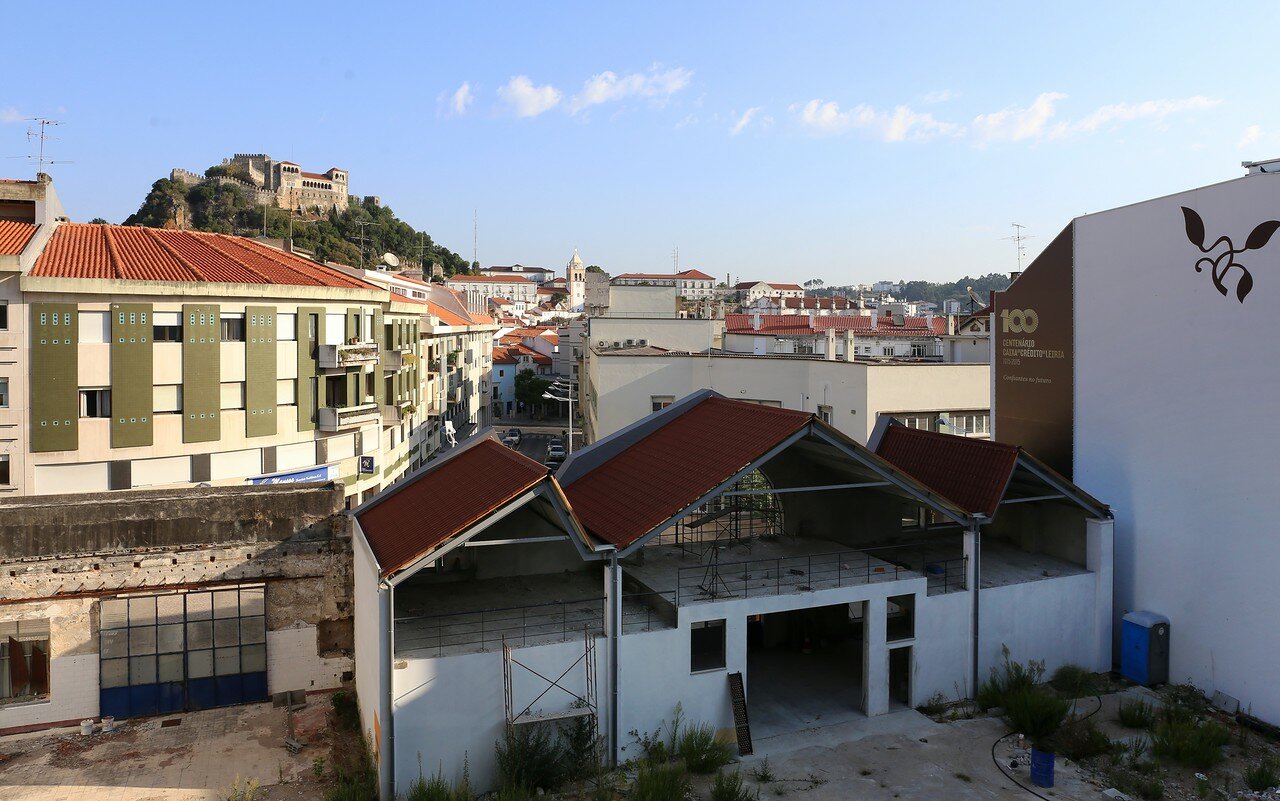 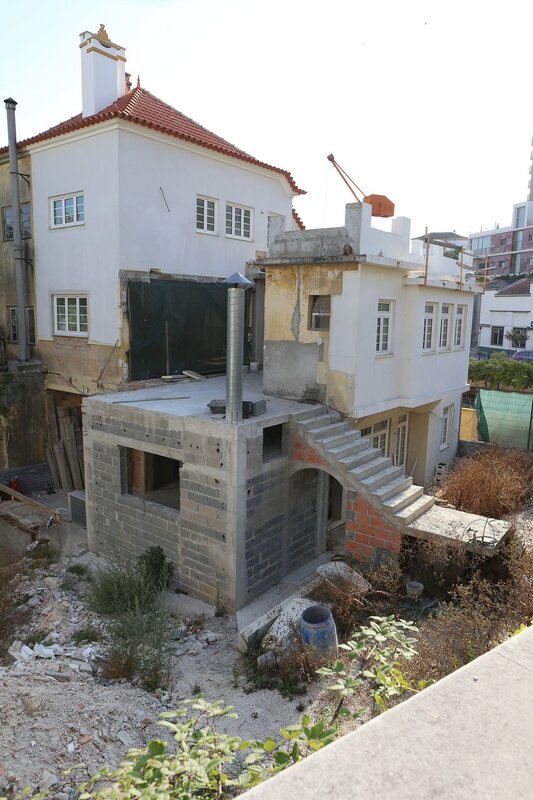 In the courtyard, you can see part of an old house with a terrace, which is integrated into a modern structure. 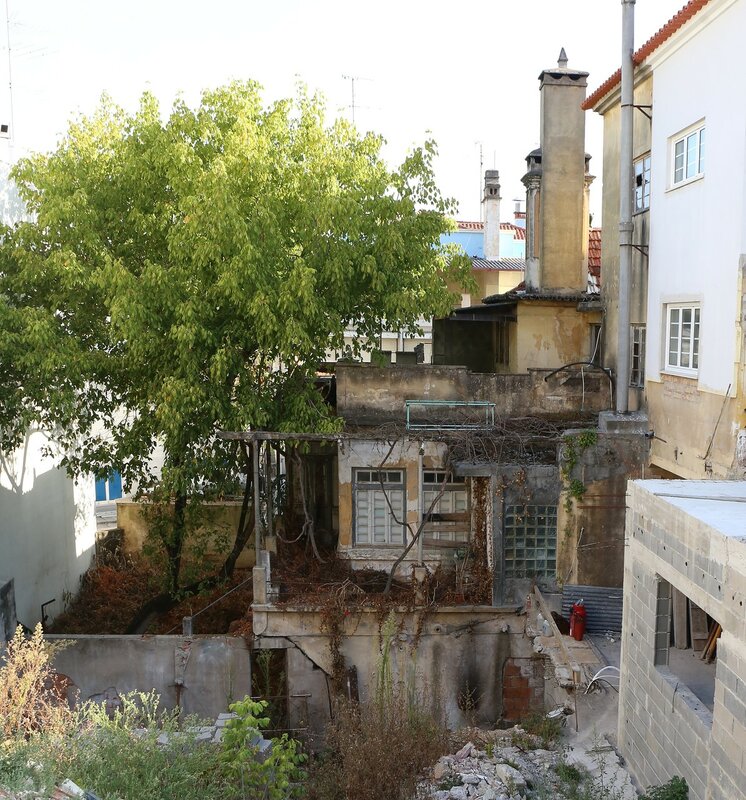 The street made several turns and I found myself in a semicircular area above the street of Dr. Correia Mateus. 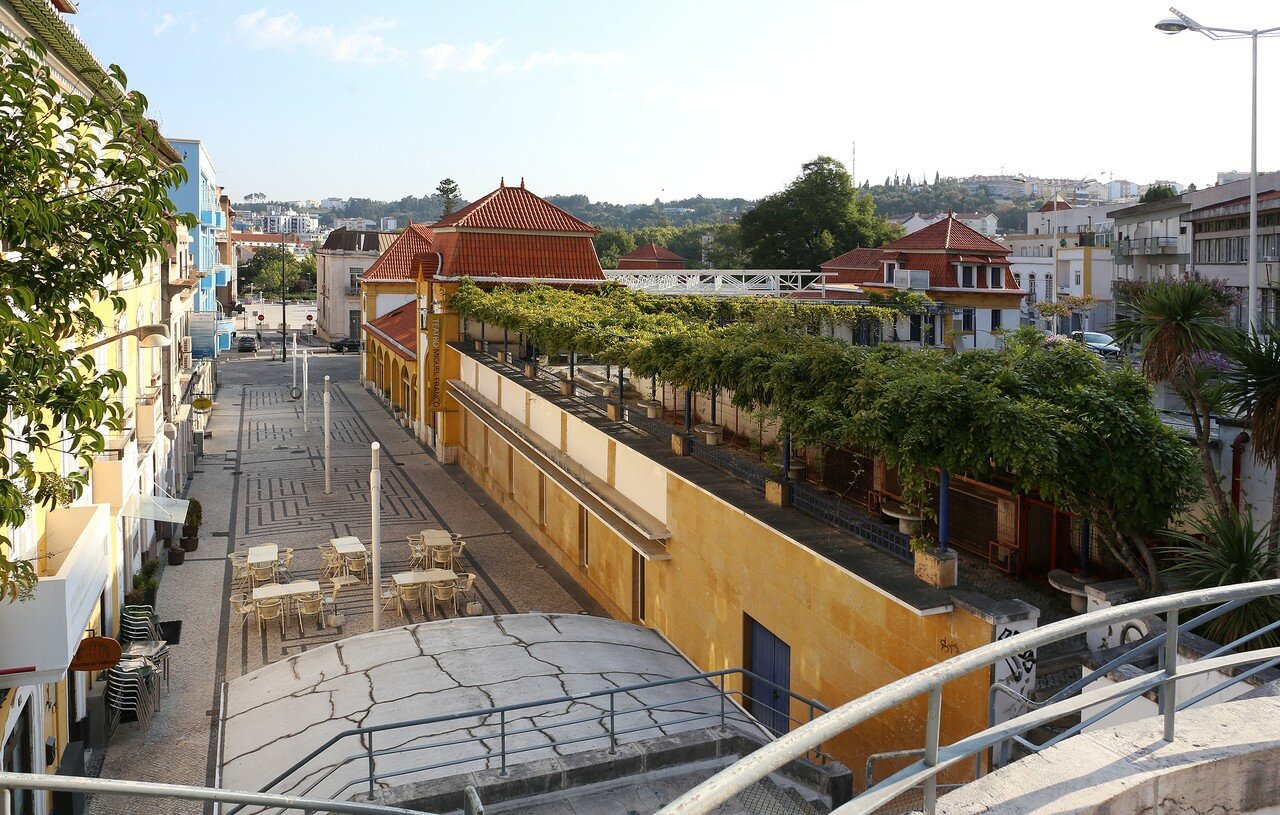 On the other side, a staircase led up to the Escadas Doutor José Jardim, at the top of which there was another architectural monument. 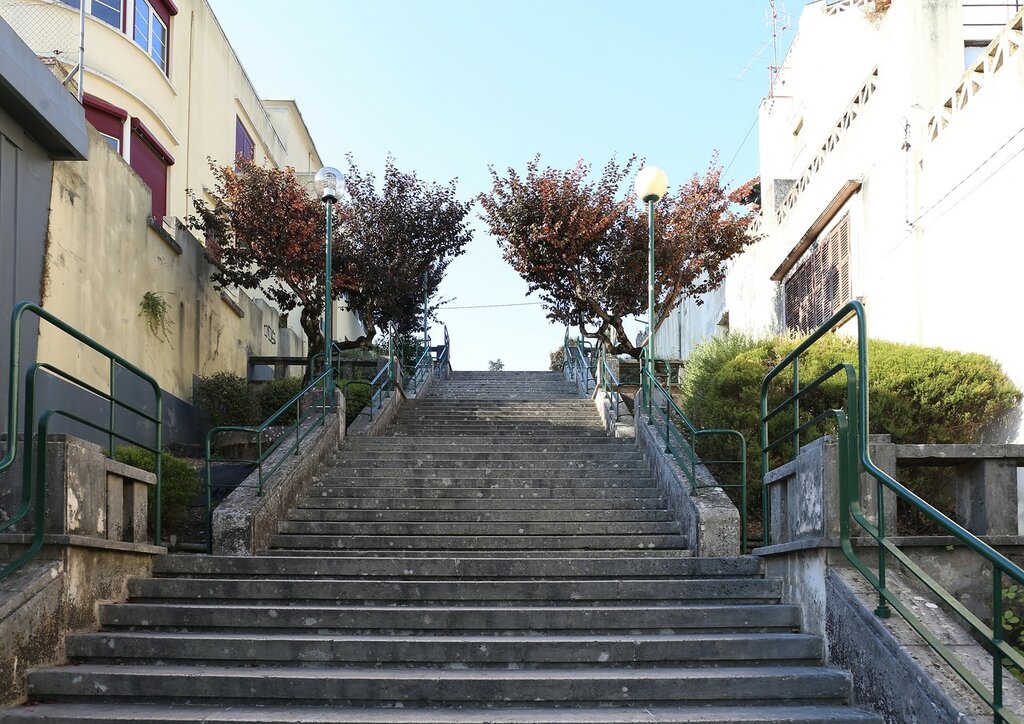