Along the Rua Miguel Pais, I reached the old port and saw that there was no water at its docks. 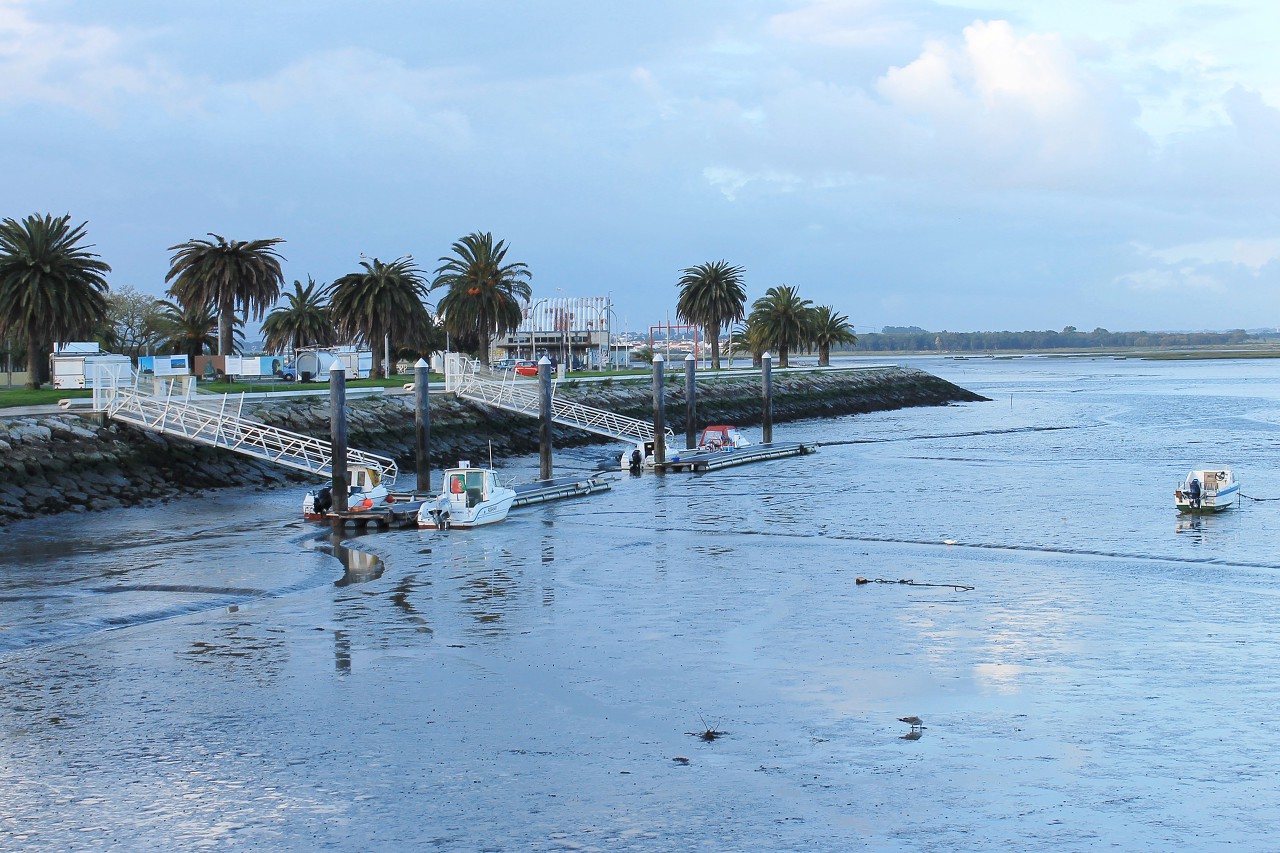 It was low tide, and I saw an amazing picture of a bare muddy bottom, the end of which was not visible. 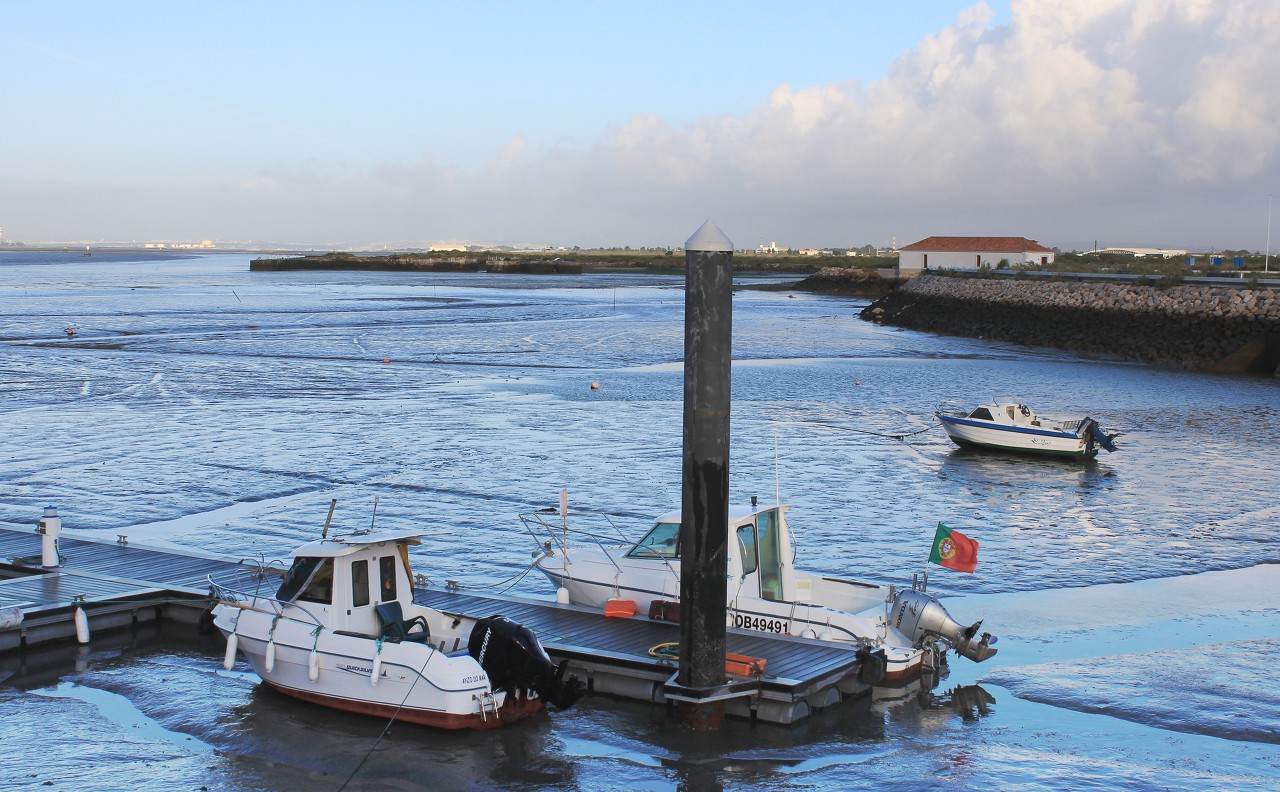 The river forms in this place a vast Bay going deep into the land for 5 kilometers, connected to the riverbed by a narrow neck. 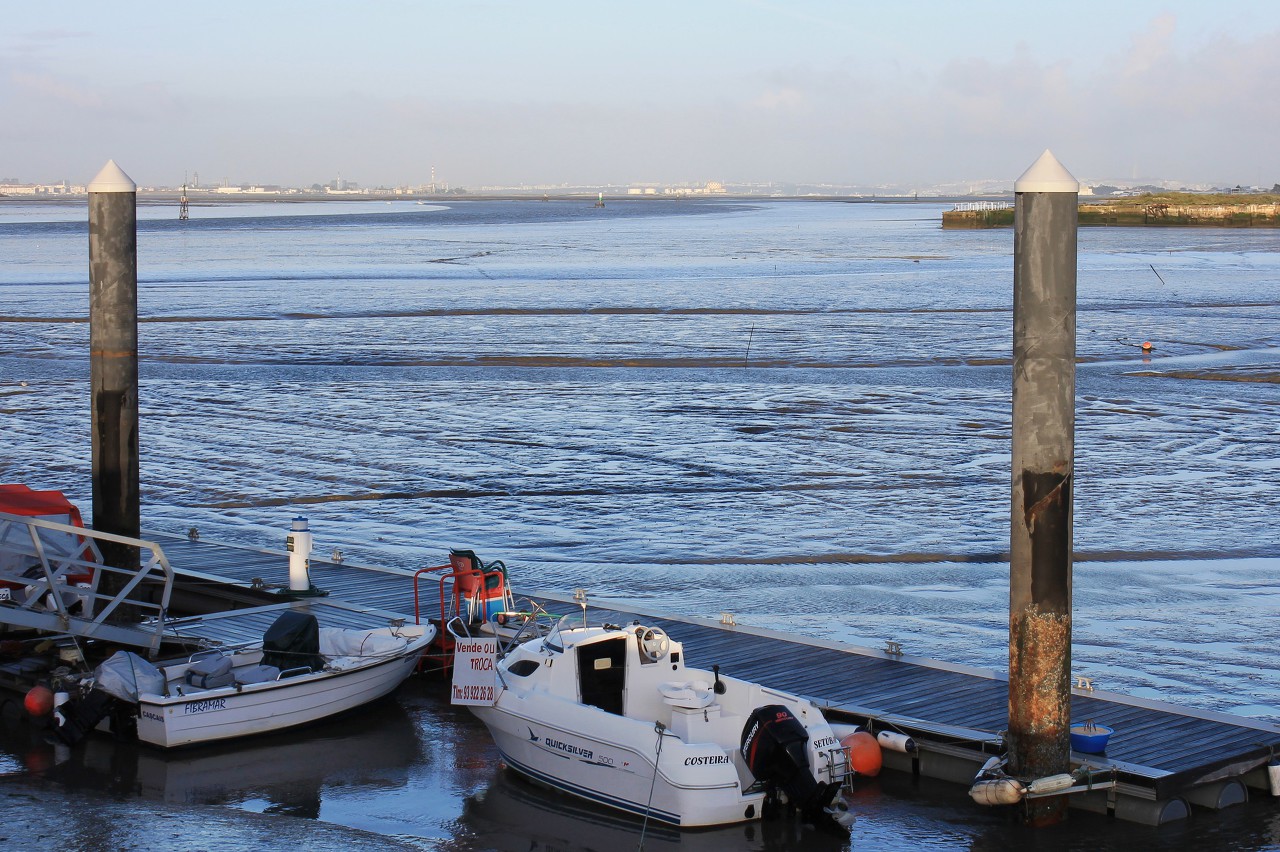 The bay has an almost flat bottom, the depth at the average water level does not exceed three meters. 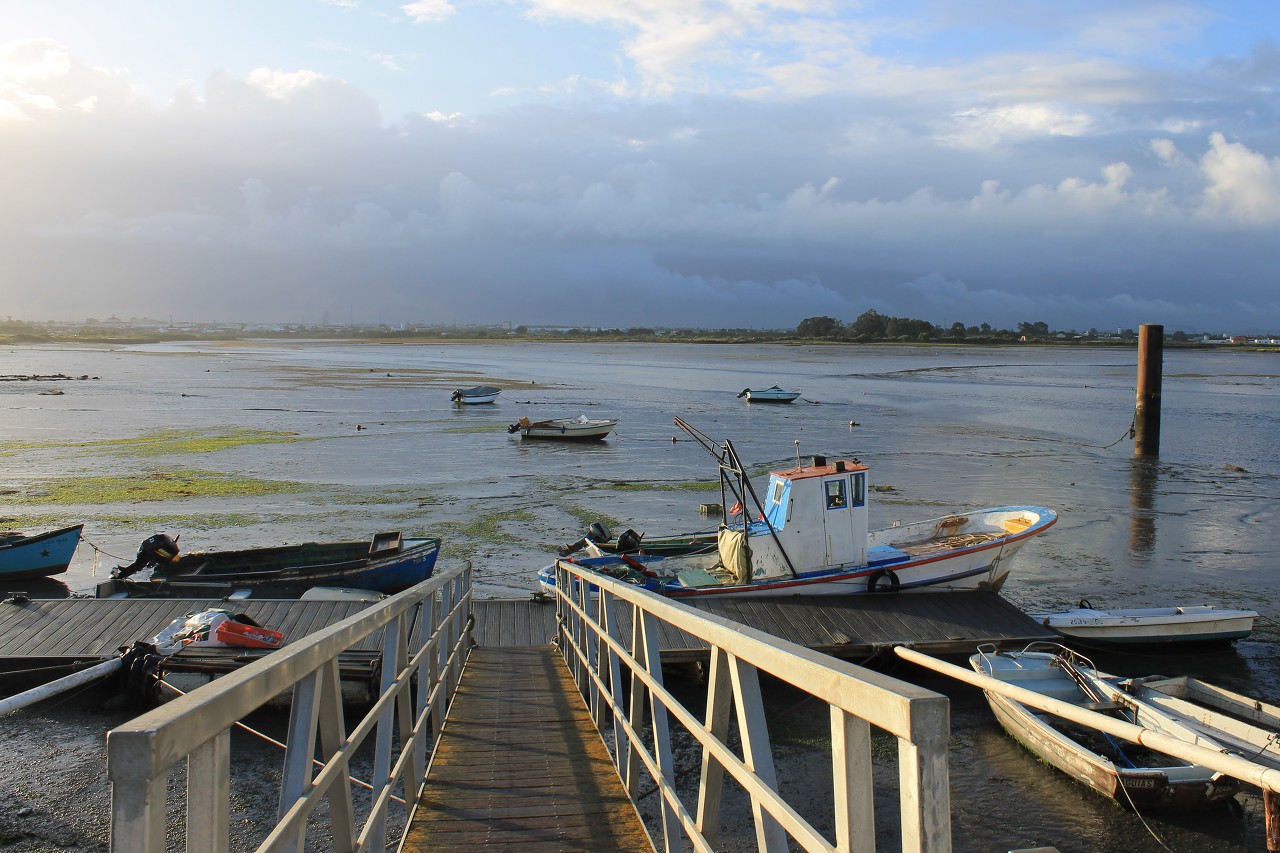 Lisbon, like its suburb of Montijo, is located at the mouth of the low tide river , which flows into the Atlantic, so the water level in the lower reaches is affected by ocean tides. 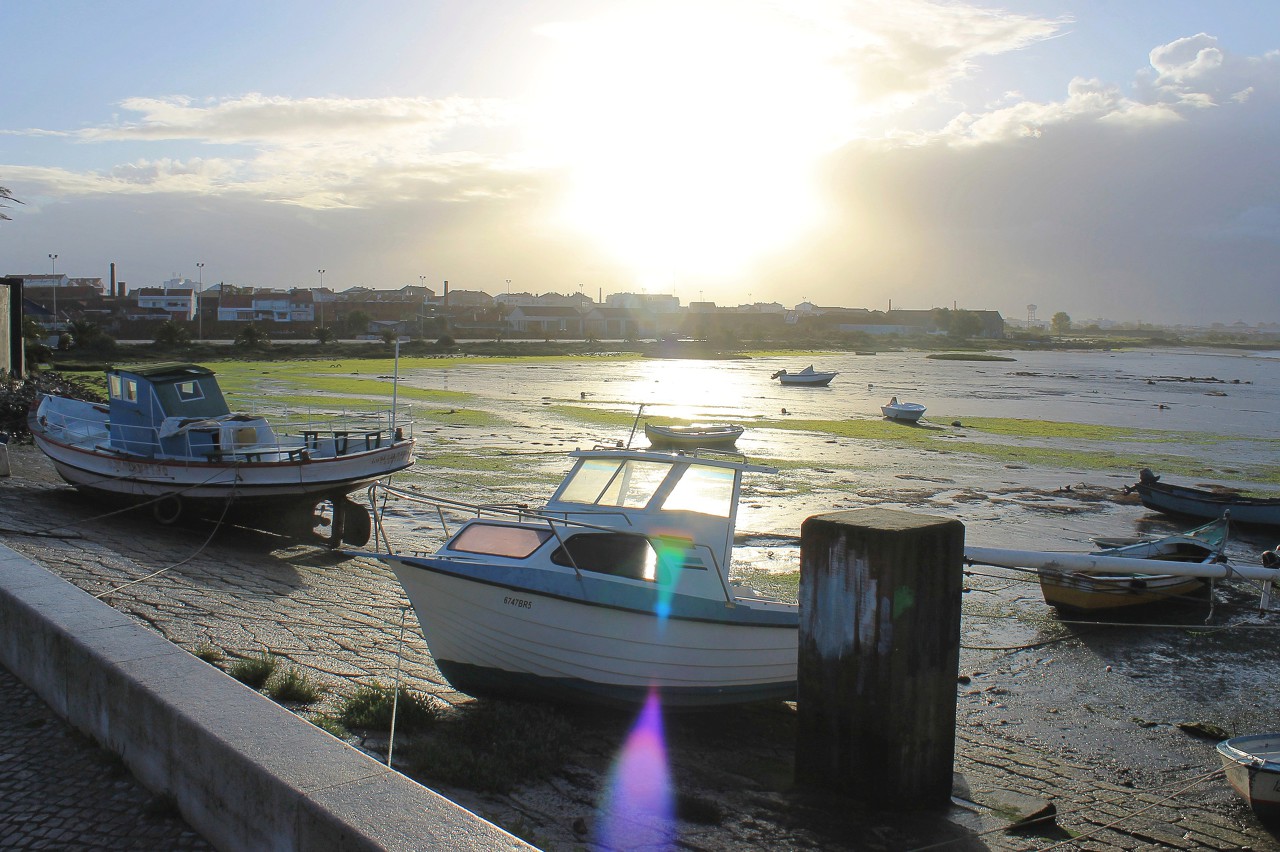 The amplitude of fluctuations in the water level reaches 4.5 meters, so most of the bottom of the Bay is almost completely exposed during low tide. 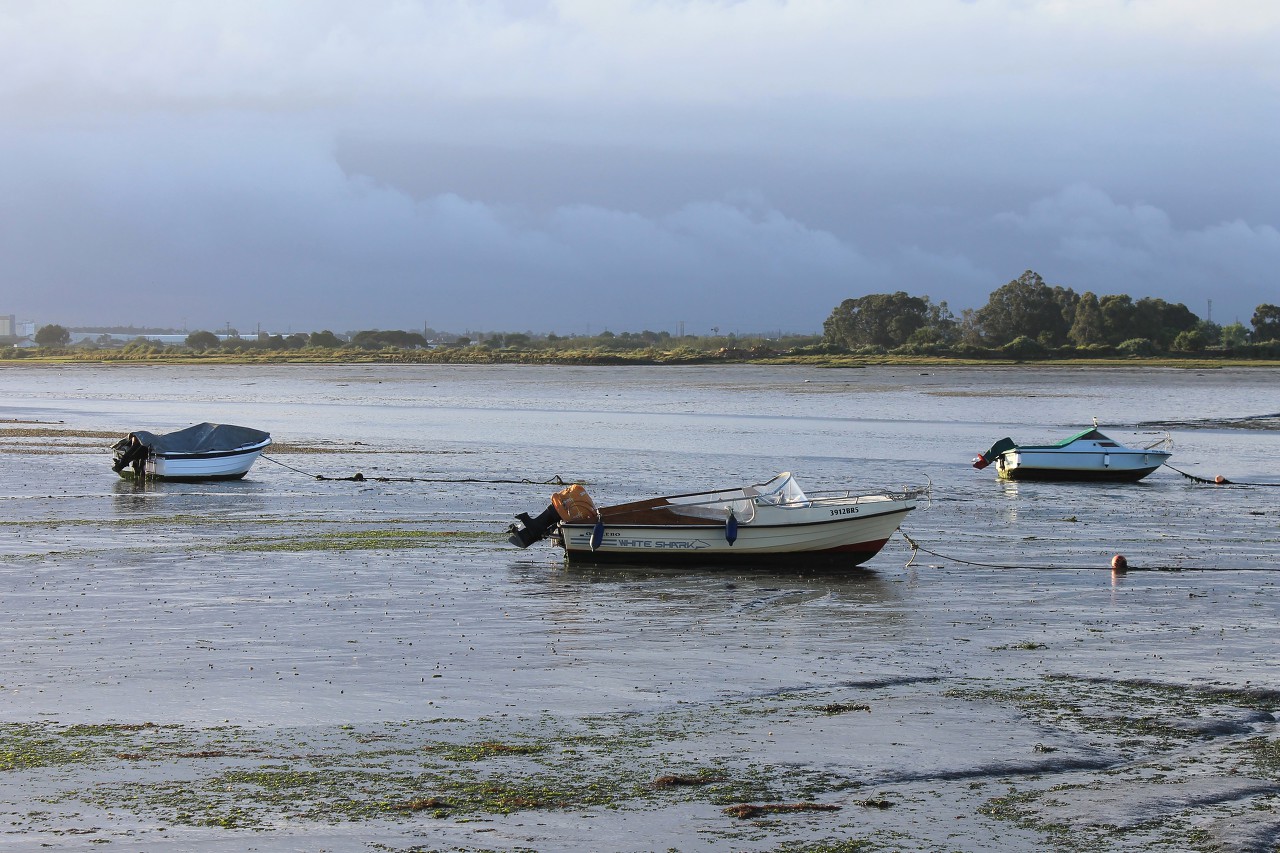 In the area of the old port, several channels were found at the bottom, formed by the drains of the city's storm sewer. 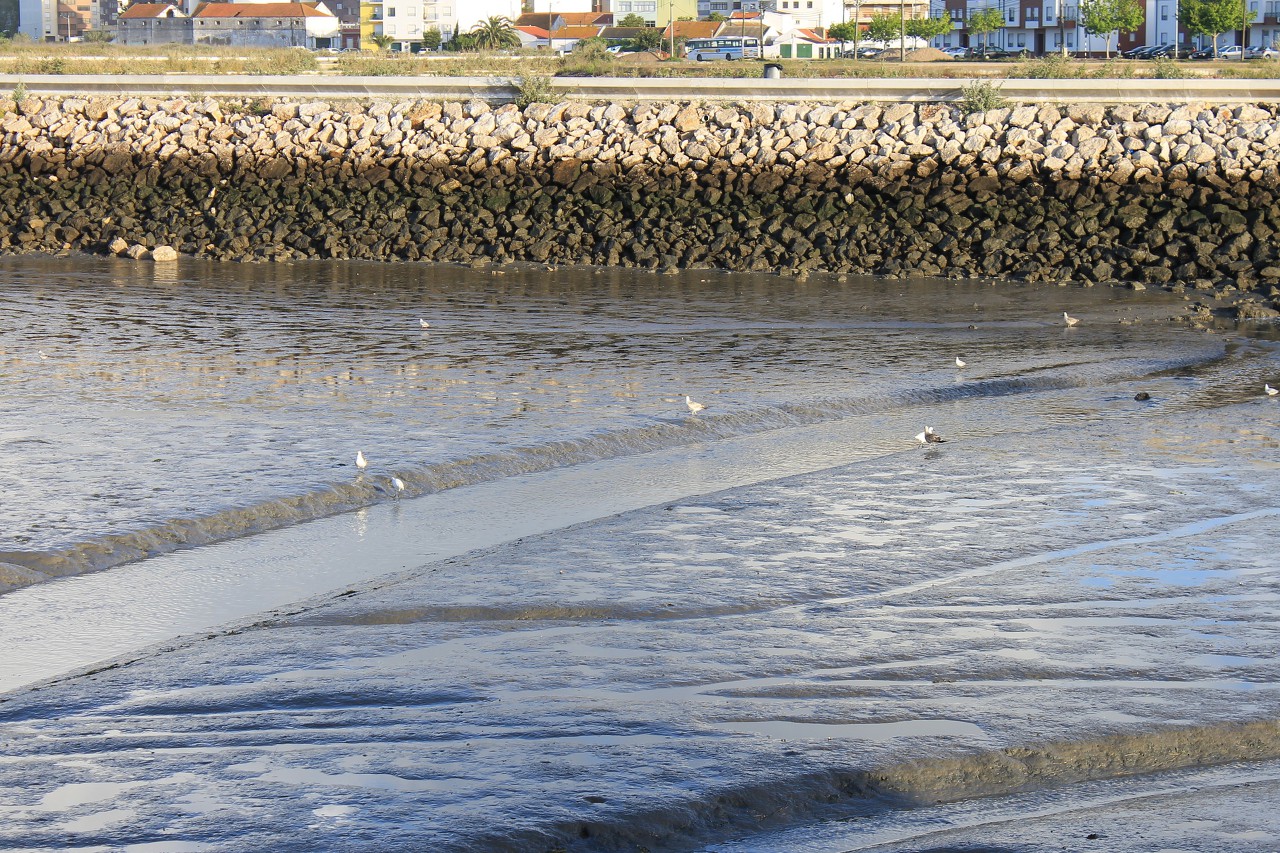 The receding water exposed a slope of the embankment lined with stone slabs. 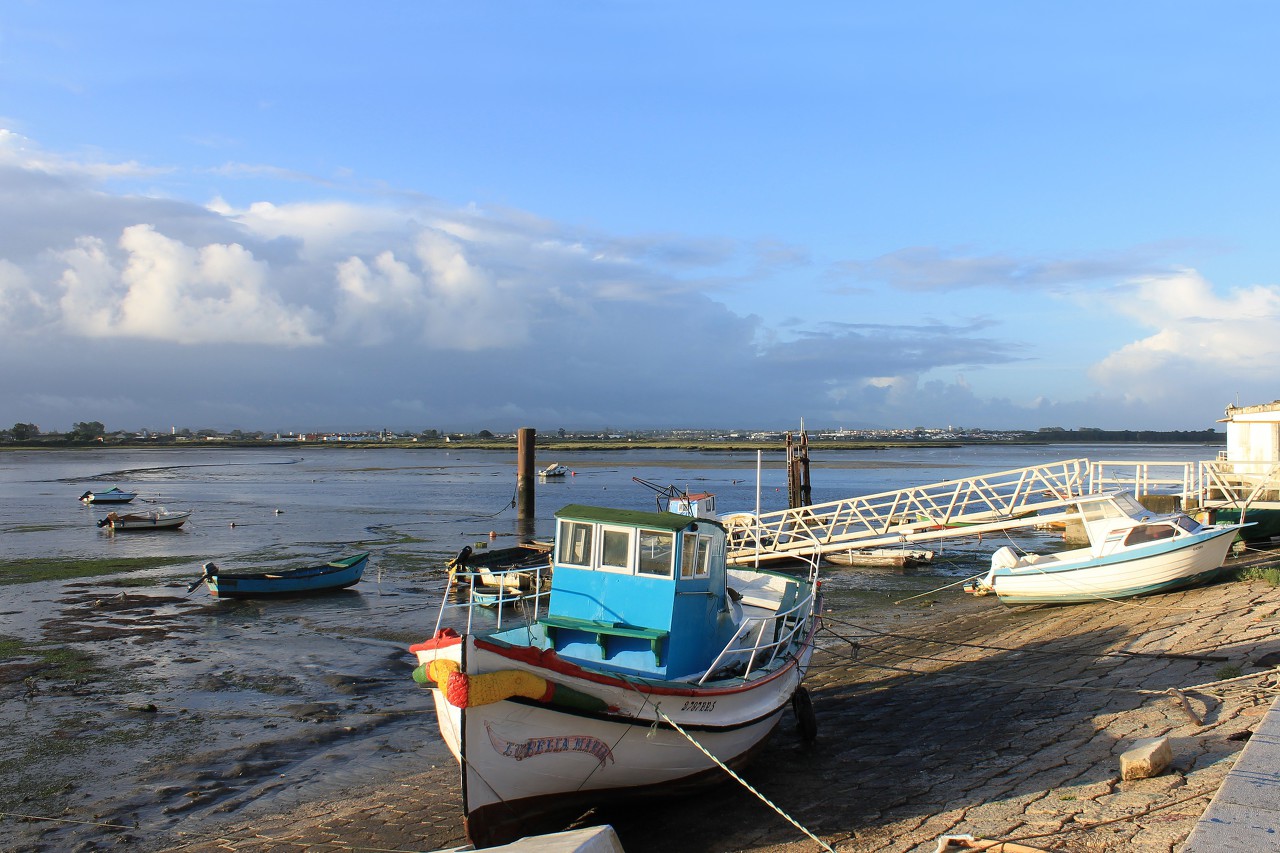 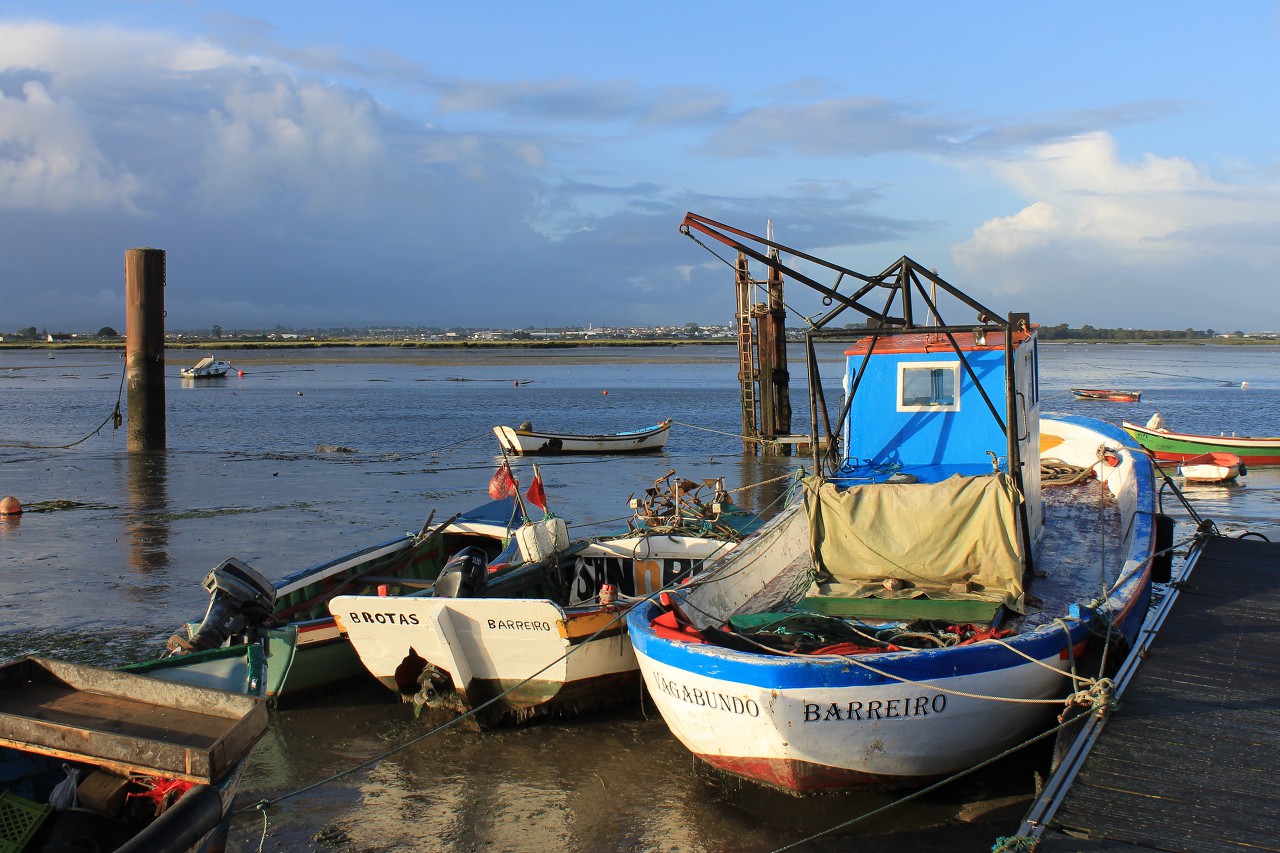 It may seem strange why many boats are far from the shore. The question arises - how to get to them at high water. It's very simple - the boats are tied to buoys that are anchored. A rope is stretched from the boat to the shore , by which fishermen pull the boats to the shore during high tide. When the tide goes out , it drags the boat to a deeper place, as far as the long anchor line of the buoy allows, that is, the boat remains afloat all the time except for the maximum ebb.