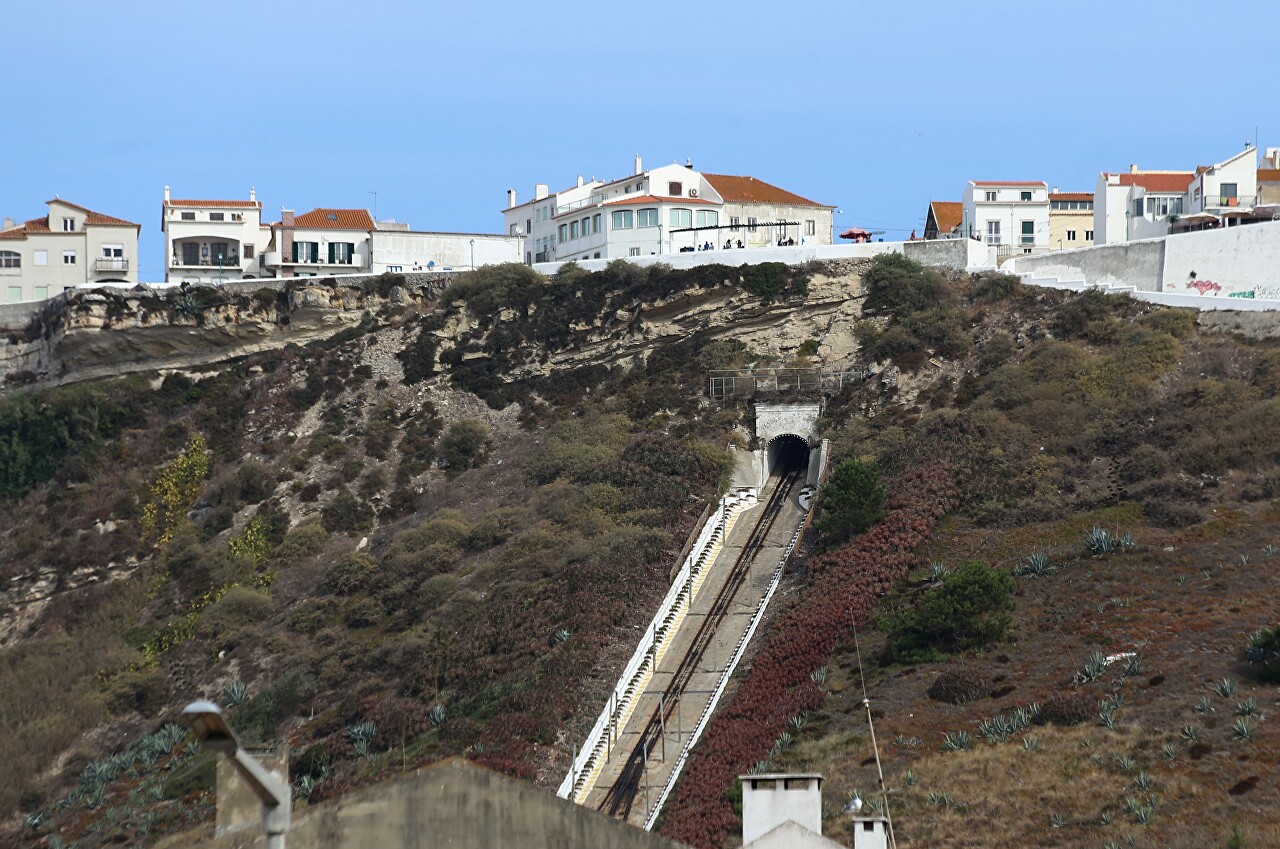 The lower station of the funicular is located on the Rua do Elevador, starting at the São Miguel restaurant, at the very end of the Avenida da Republica promenade. 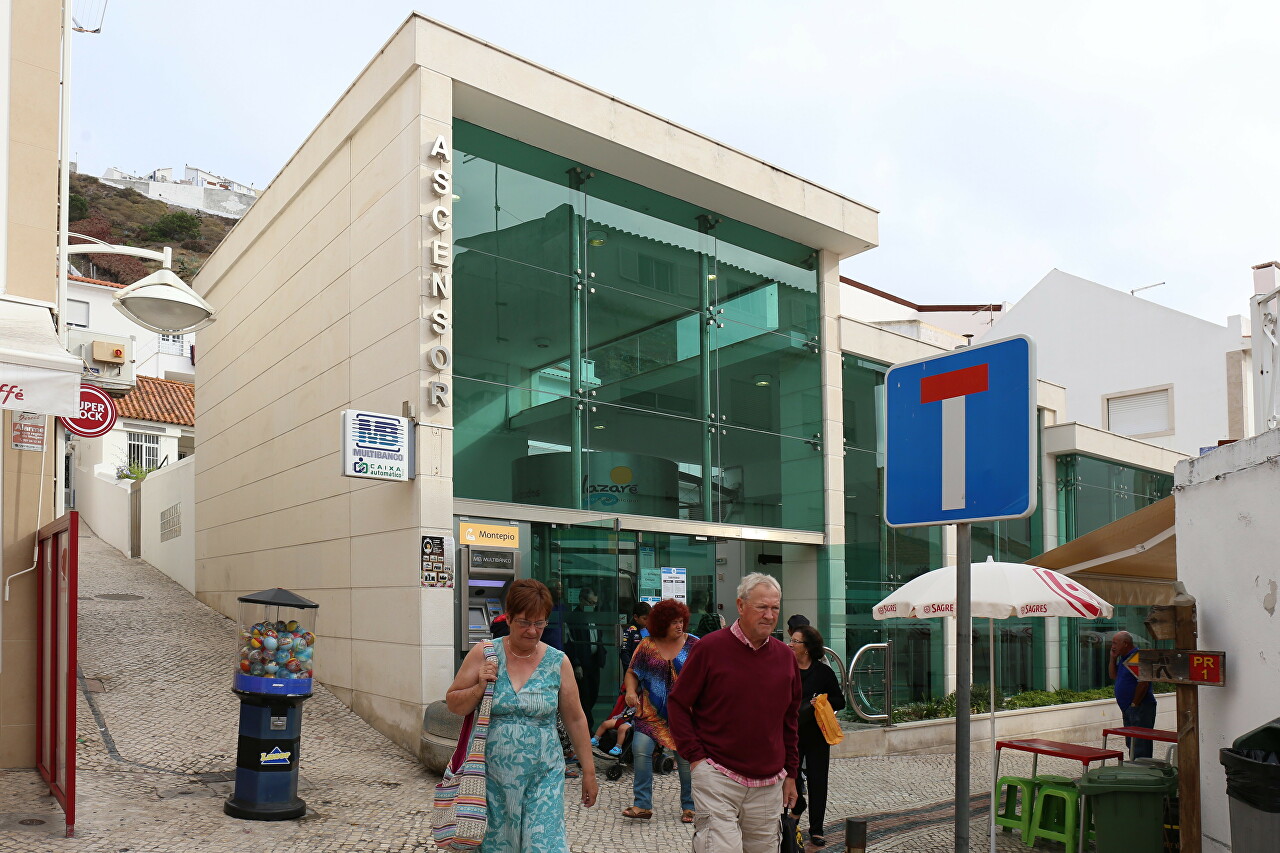 The fare is 1.20 euros, tickets are sold at the ticket office. Perhaps there are also travel tickets, I didn't have time to ask. 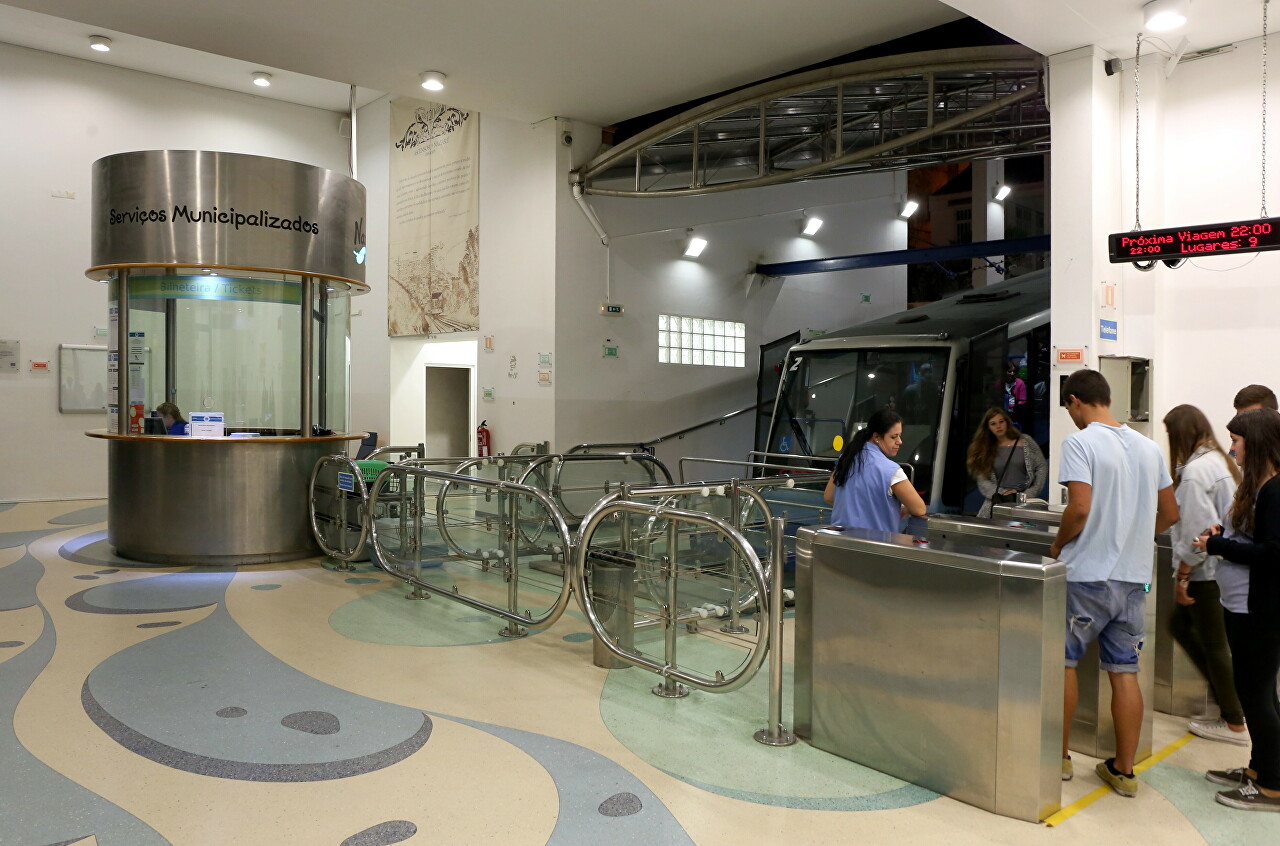 We didn't have to wait for the departure for a long time, during the day the traffic interval is 15 minutes, the funicular works from 7 am to 1 am. 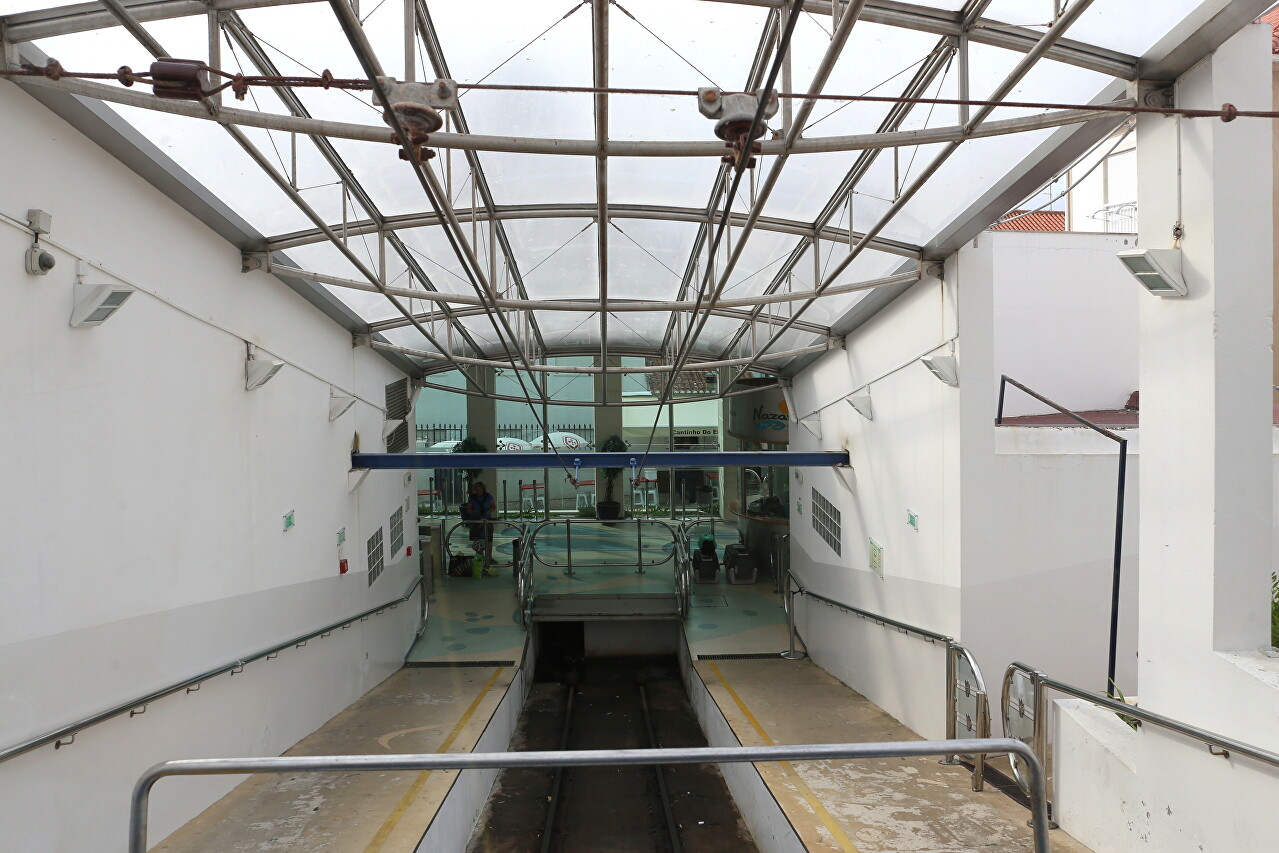 The funicular in Nazare is the brainchild of the famous engineer Raoul Ronson Mesnier du Ponsard, the author of the famous lifts in Lisbon, Porto and Braga. The Elevator received its first passengers on July 28, 1889, and for a long time it operated only during the bathing season. A steam engine was used as the drive, the wagons were loaded with 60 people each. 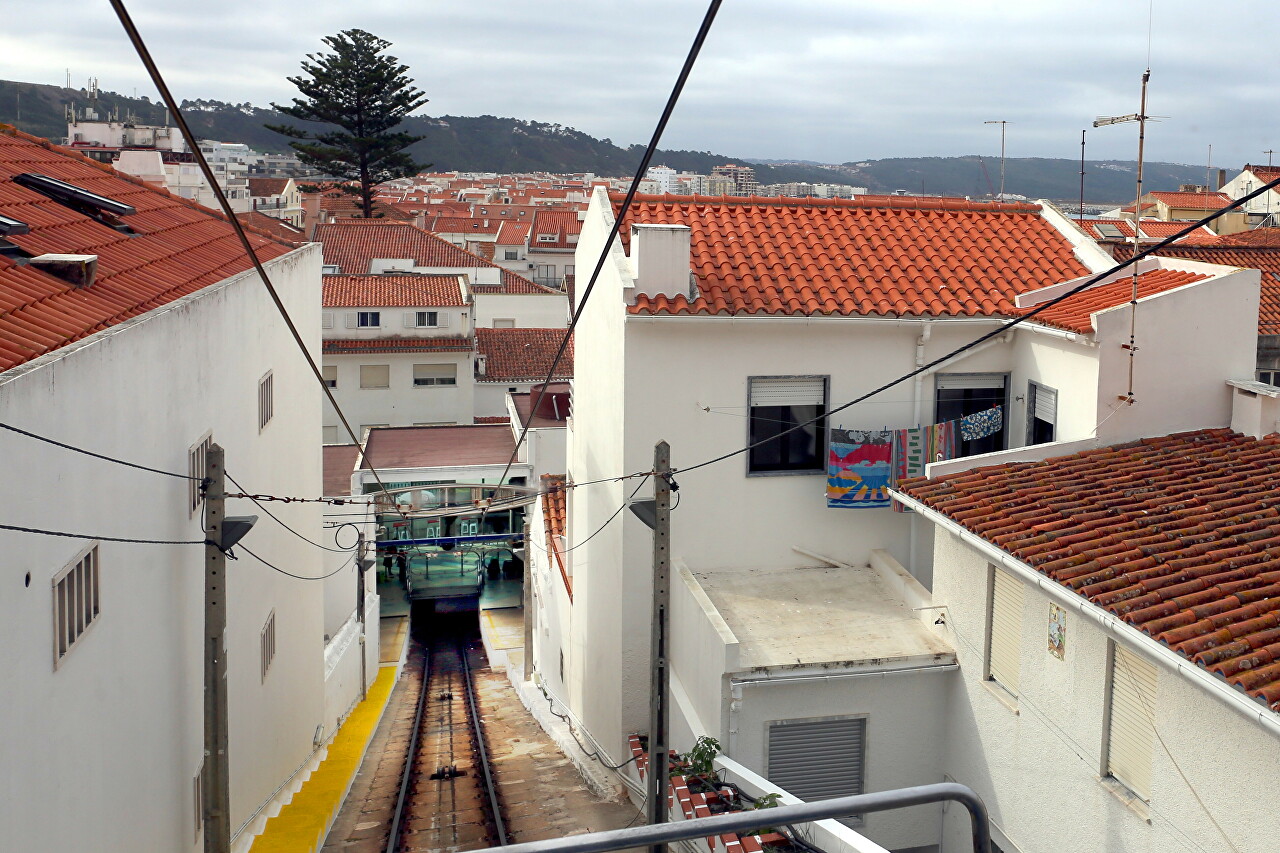 In 1924, the funicular was purchased by the Board of Trustees of the Church of our lady of Nazareth, and in 1932 returned to the hands of the city Council and since then has been transferred to a year-round operating mode. 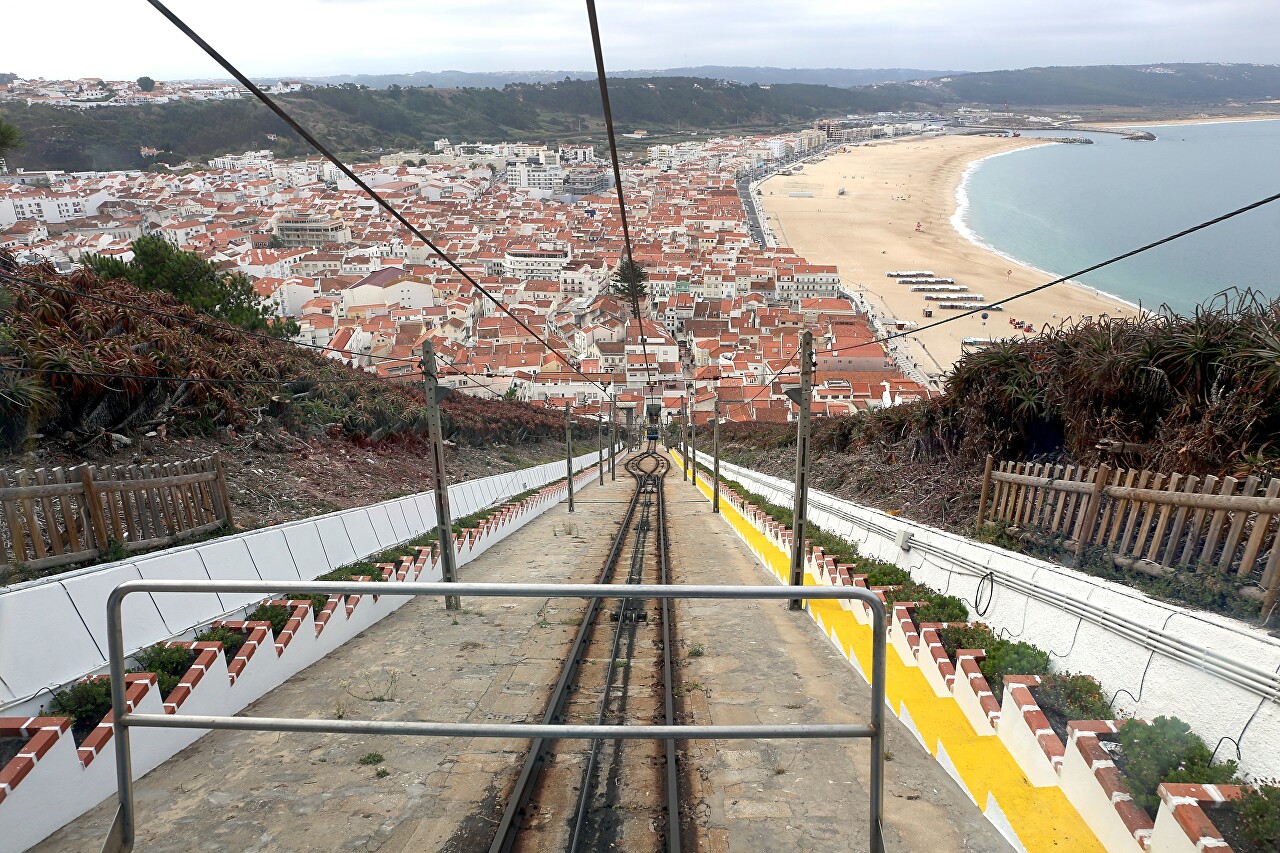 On February 15, 1963, a disaster occurred - the cable broke, resulting in the death of two people. The lift was opened five years later, receiving a three-level braking system and electric drive. 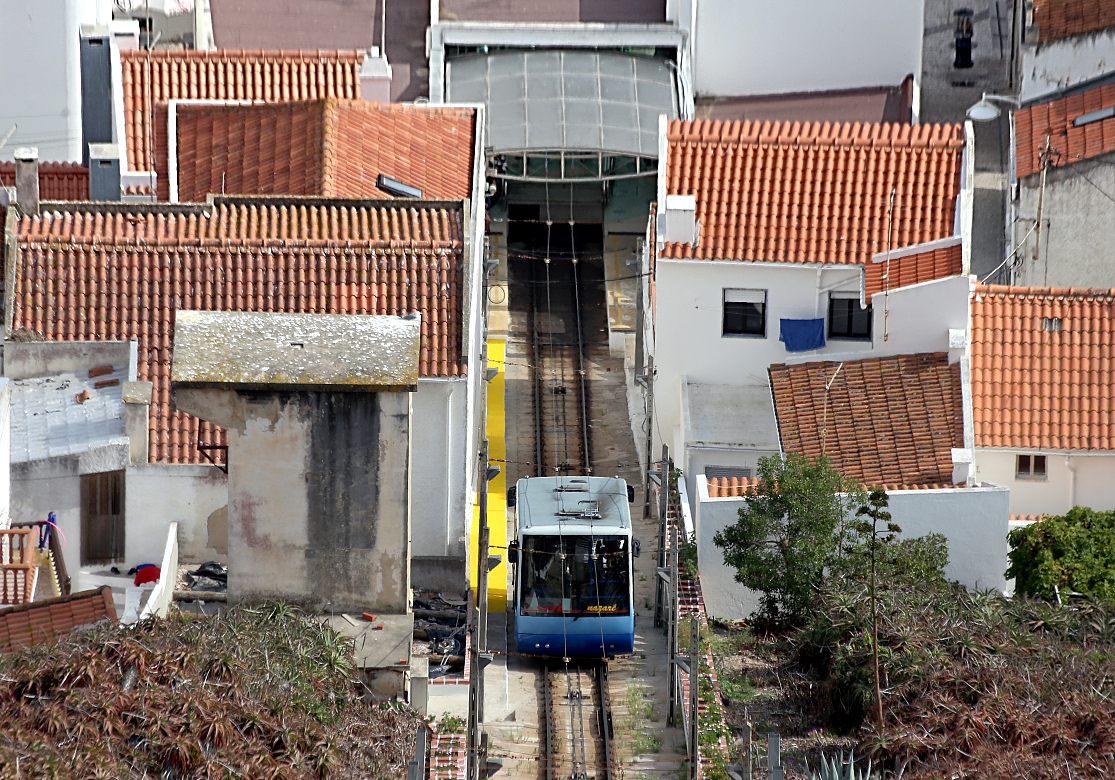 The funicular lifts passengers to a height of 110 meters, the length of the line is 318 meters, of which 50 meters in the tunnel. The track has a constant slope of 42%, and an open cable on pulleys is used as the drive. 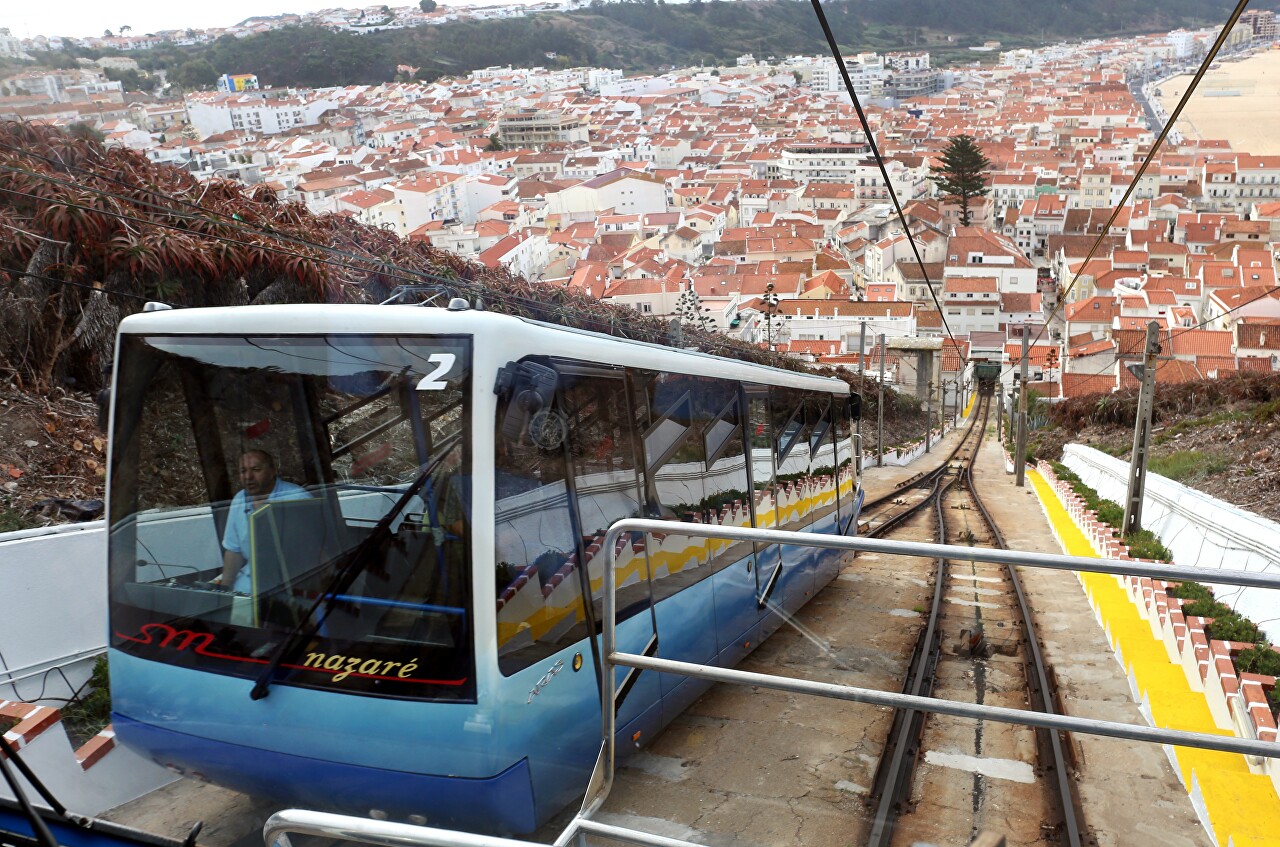 Oncoming trailers leave exactly in the middle of the road - at the mark of 158 meters. 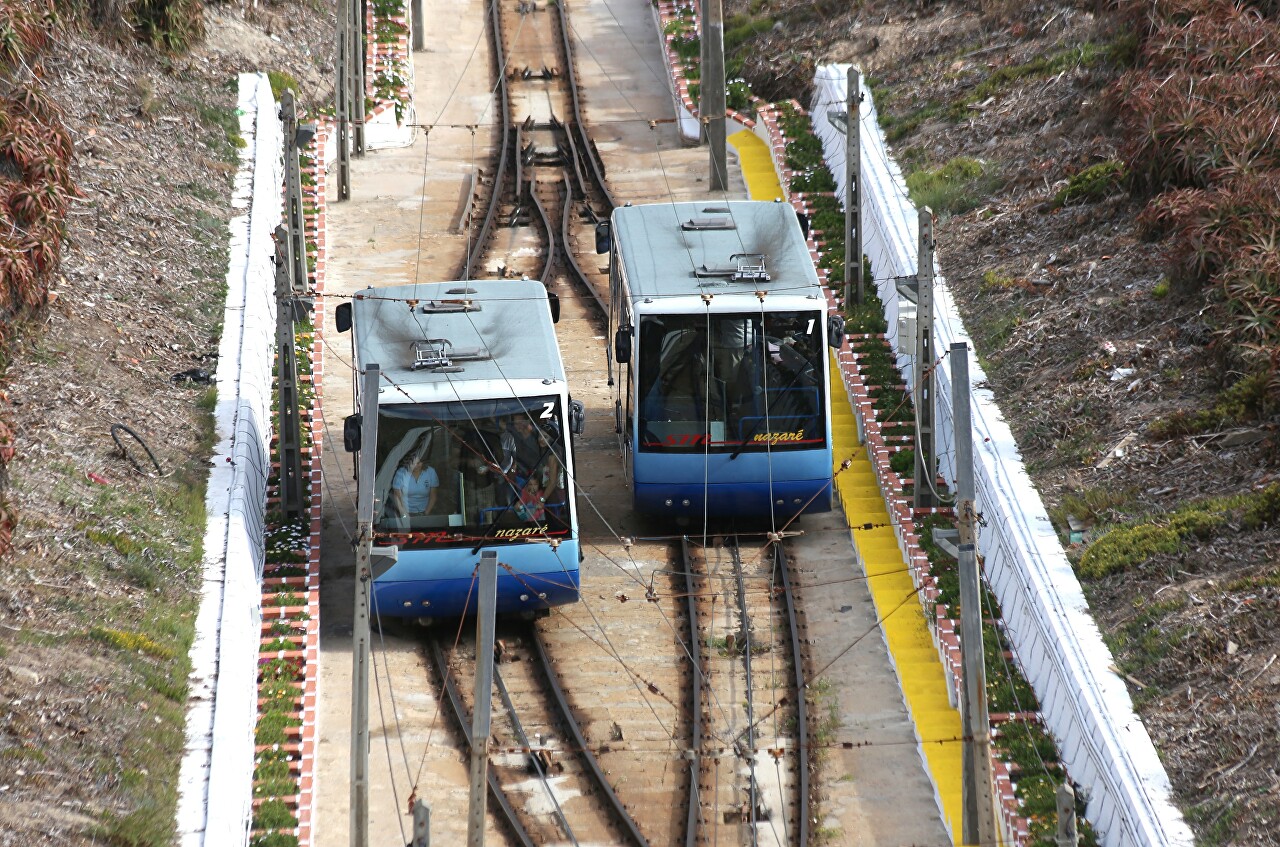 In September 2001, the lift was closed for major repairs, which included rebuilding the terminals and replacing the wagons with modern ones. The renovated funicular was opened to passengers in June 2002. 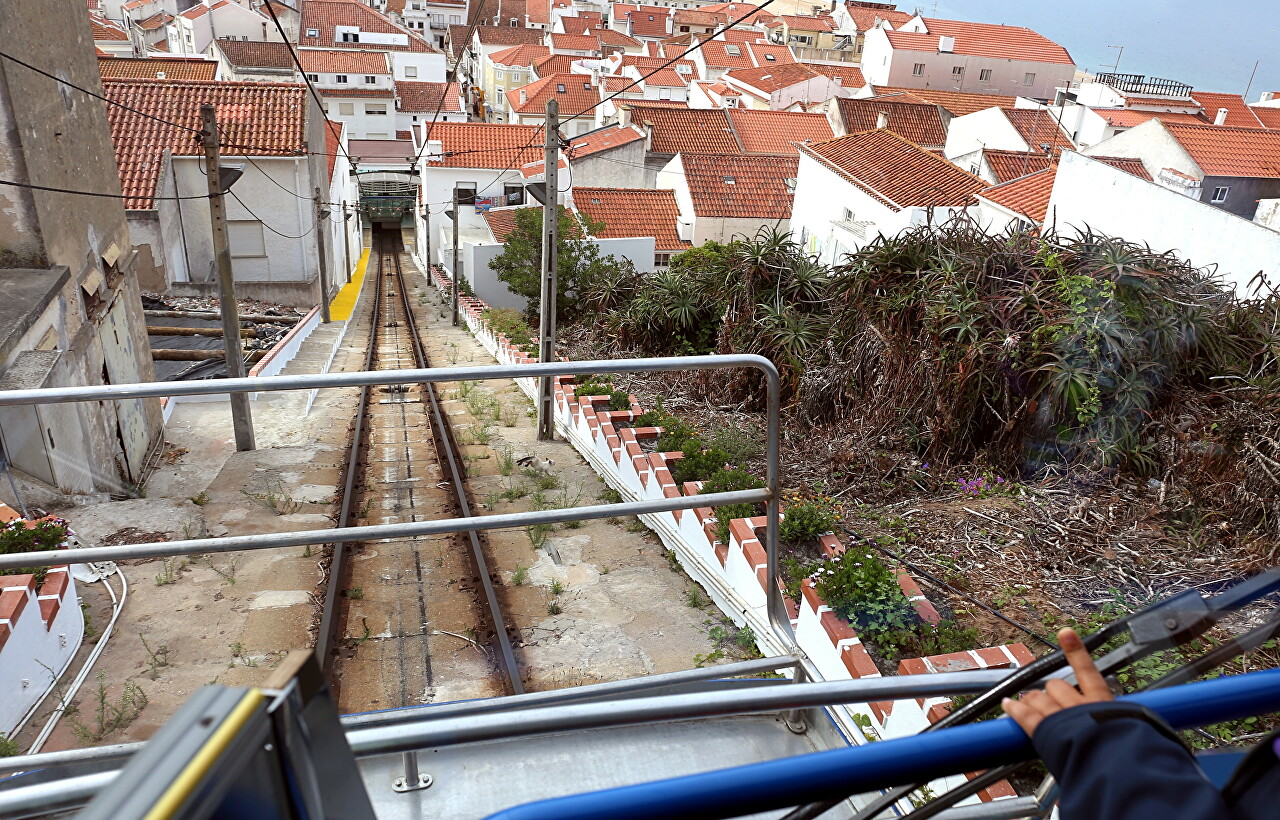 According to statistics, the funicular in Nazare carries more than a million passengers a year and is considered the most loaded in Portugal (presumably, after the elevators in Lisbon). 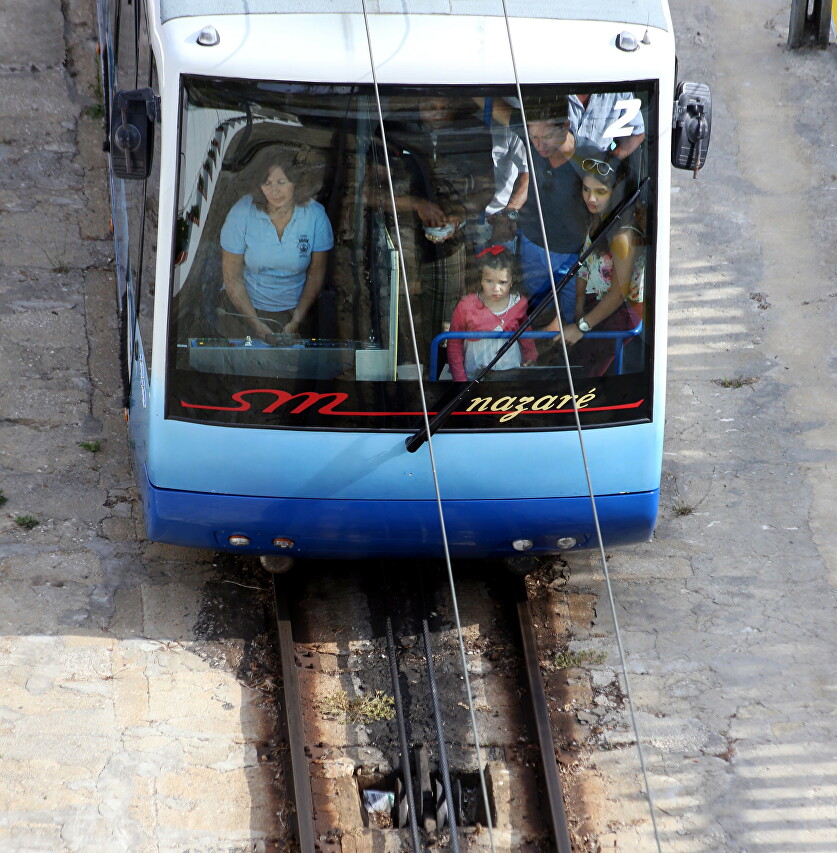 Less than 5 minutes after the poisoning, I found myself at the top station of the funicular. 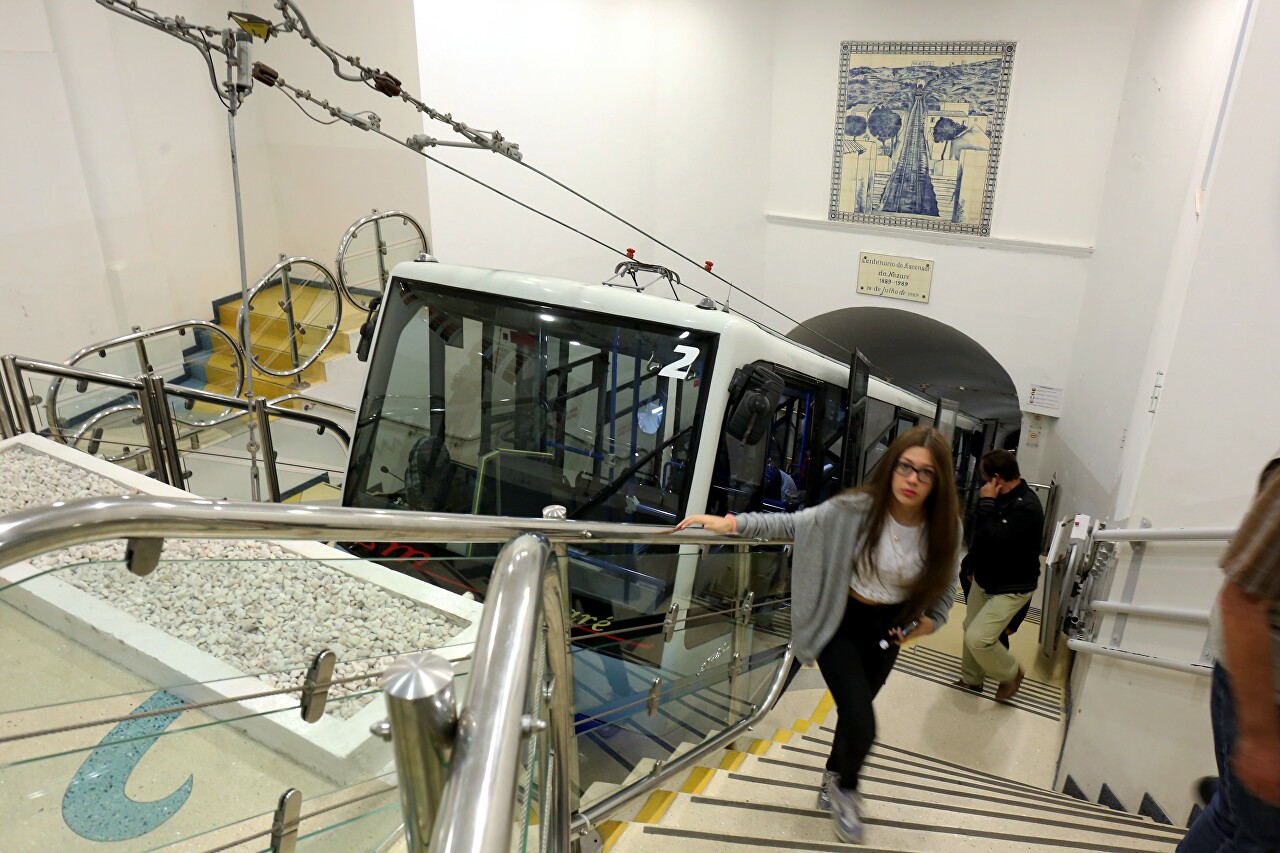 The station is located again on Rua do Elevador, but already in the upper district of Nazare, Sitio. Nearby area of the virgin of nazaré and tour Superku, offering amazing views of the city. 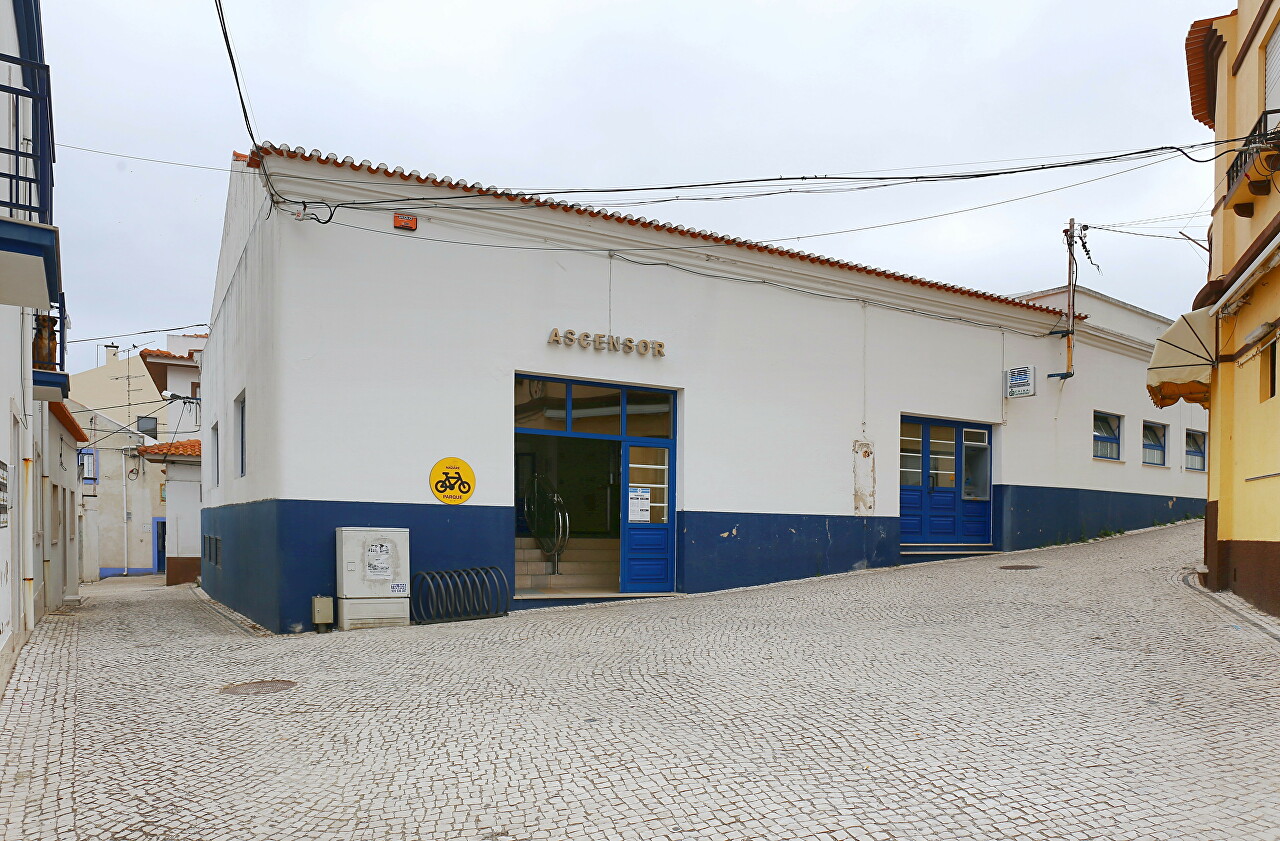