At the North-Eastern tip of the Sintra mountains, there is the city that gave them their name. The small town of Sintra (Sintra on the map), whose history began in the 11th century, is spread out on green hills 40 km from Lisbon and 18 km from the Atlantic ocean. Thanks to the abundance of romantic architecture of the 19th century, it is very popular with tourists. 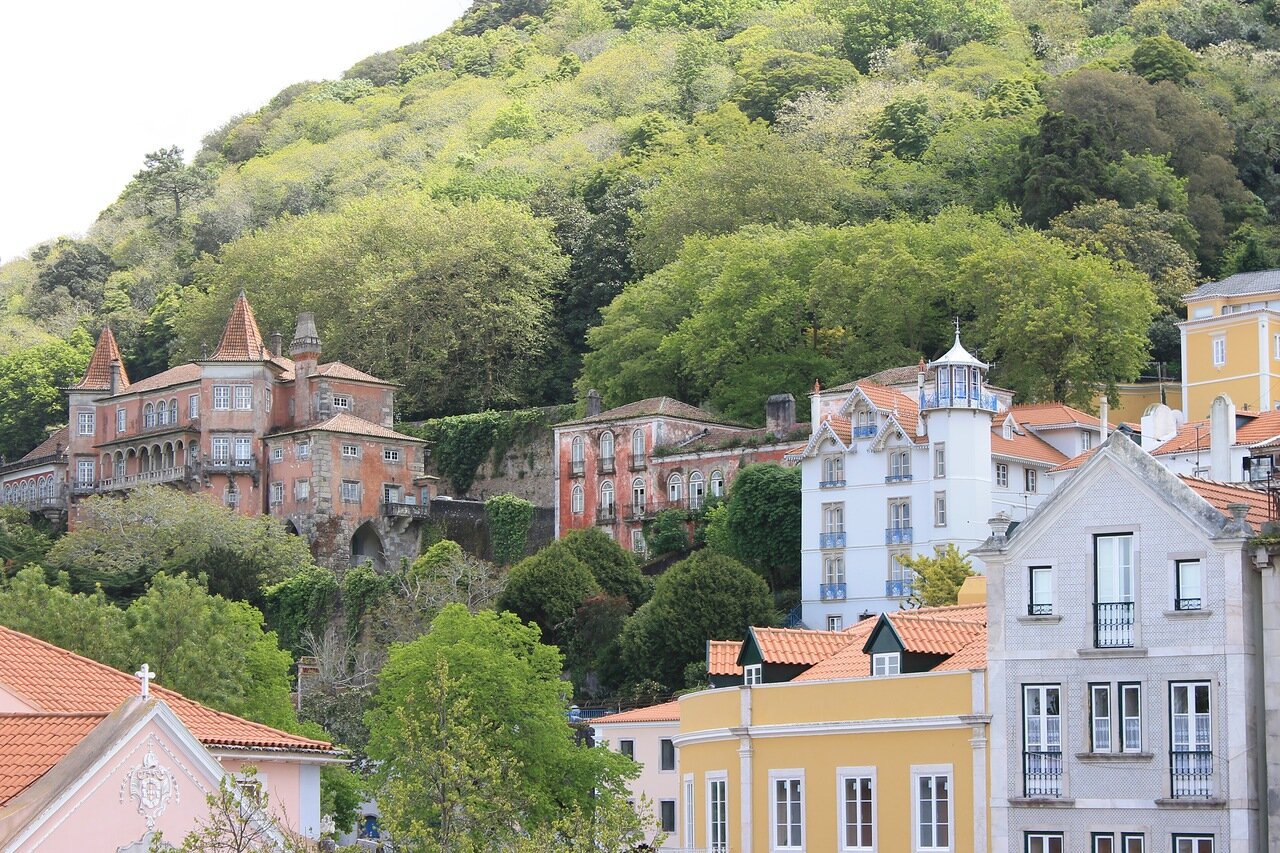 The national Palace (Palácio Nacional de Sintra, on the map), the main attraction of the old city, was for a long time the residence of Moorish rulers. The first mention of it dates back to the 10th century. In the 12th century, king Alfonso I expelled the Moors from these lands and declared the court his summer residence. Multiple reconstructions have not left any traces of Moorish buildings, but the existing complex of buildings built in the 15th-16th century has Moorish features, as well as in the architecture you can see Manueline and Gothic. The Palace is included in the list of UNESCO world heritage sites. 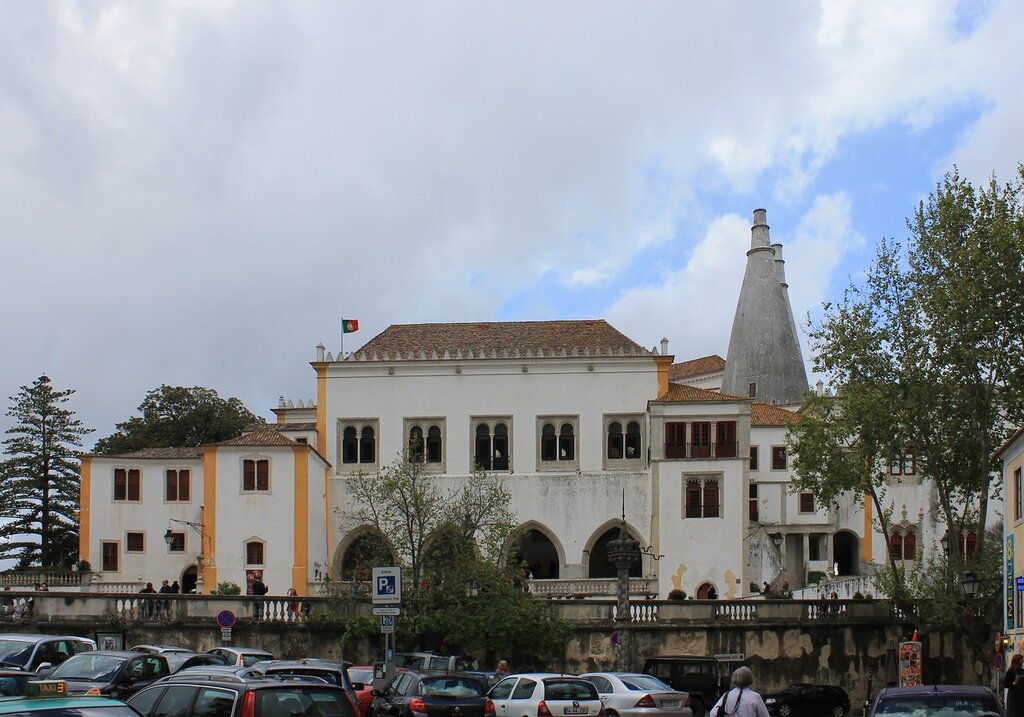 To the right of the Palace is the Republic square (Praca da Republica)from which I began to get acquainted with the old city. 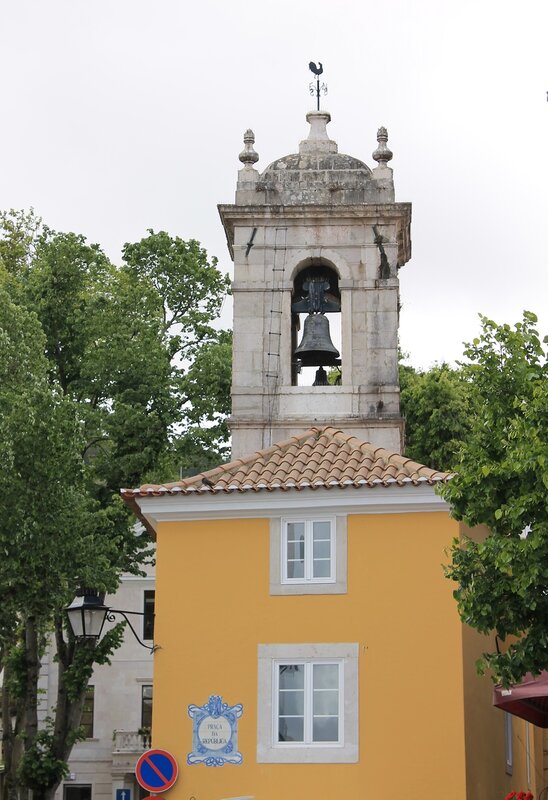 Sosem nearby, on Rua Gil Vicente, is the post office building, which is notable for the clock tower (on the map), built in the 15th century. In 1755, the tower was severely damaged in an earthquake and was rebuilt. 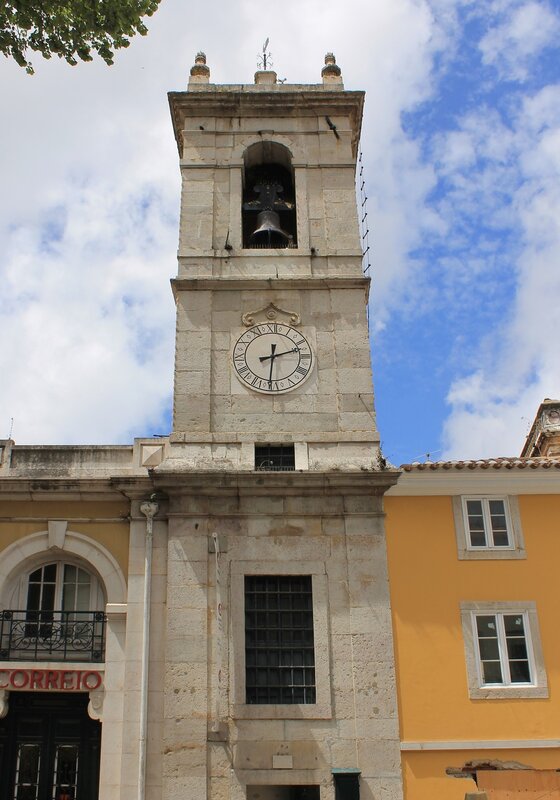 It is followed by the Church of Saint Martin (Igreja Paroquial De São Martinho De Sintra on the map). 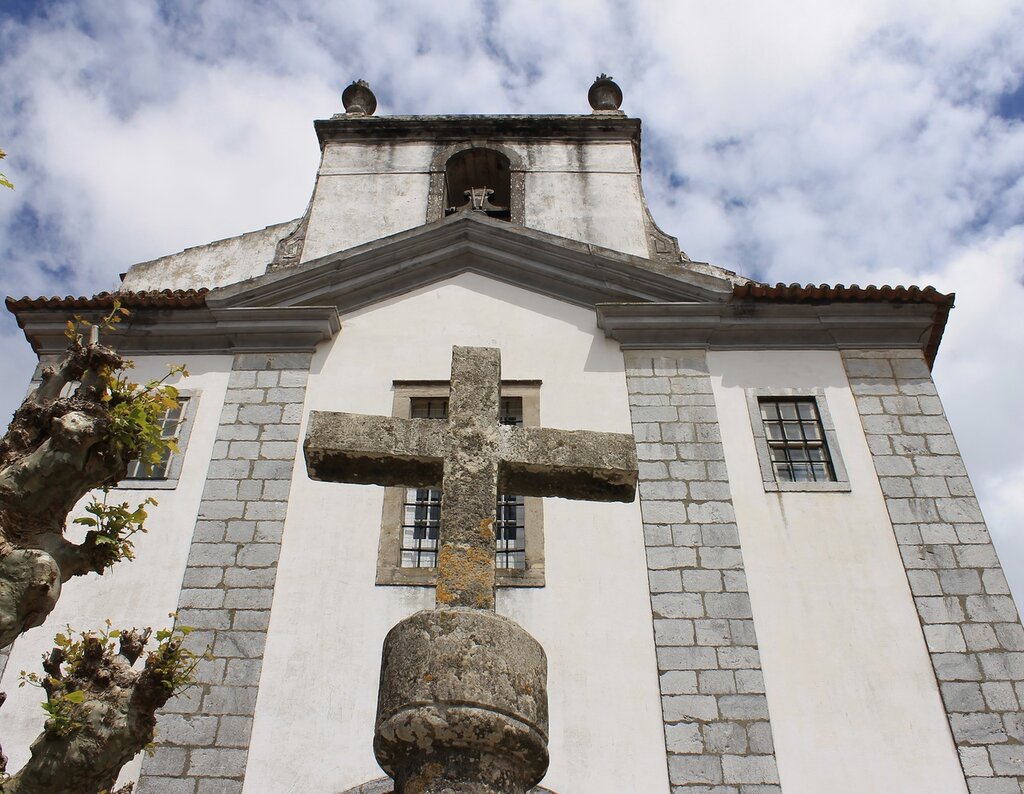 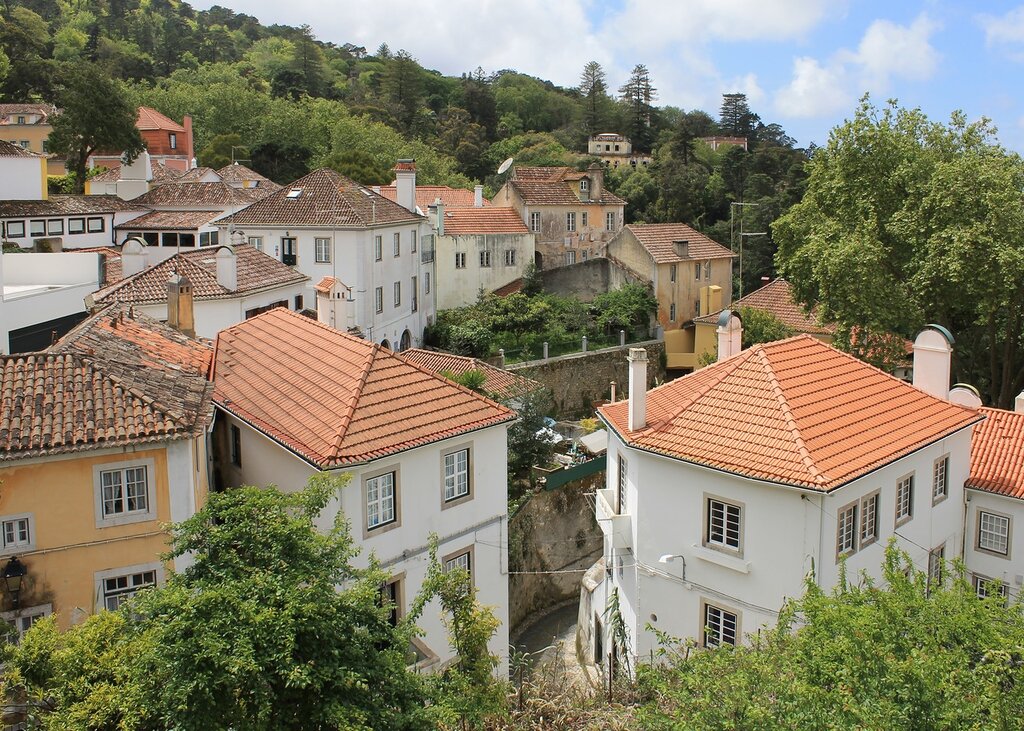 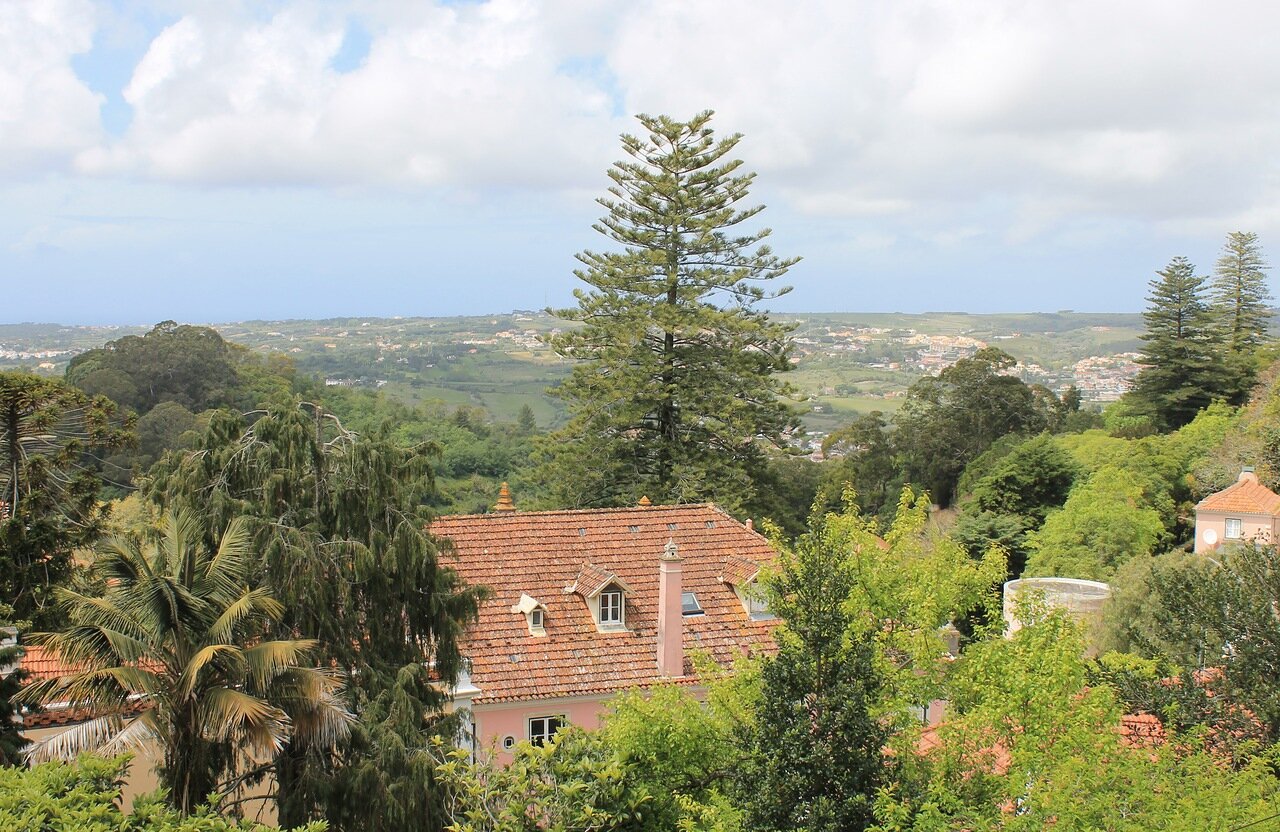 A shop selling avant-garde metal products. In Portugal, blacksmithing is quite popular, such shops can be found in many old towns. 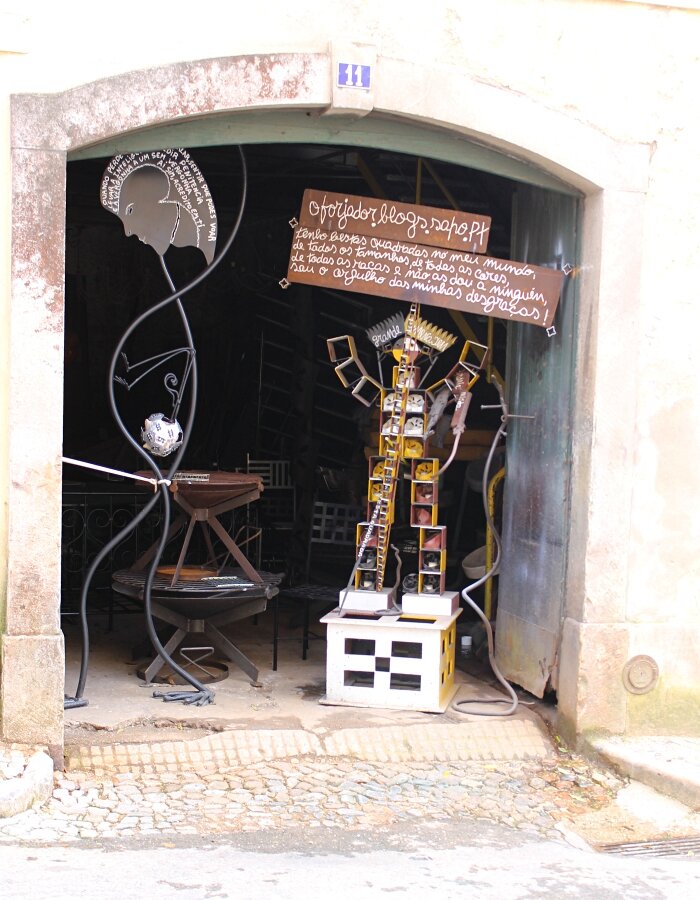 In General, metal lace can be found in Sintra at every turn. 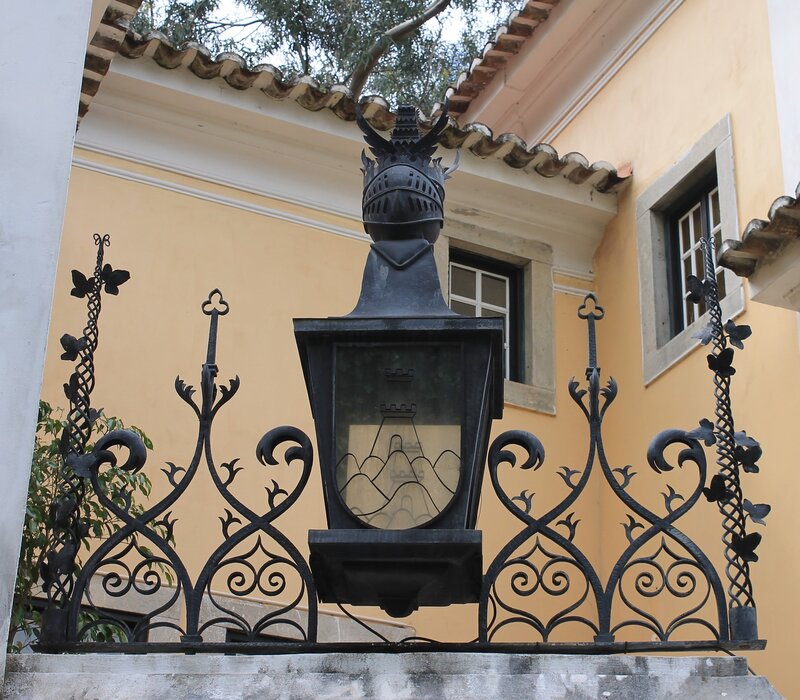 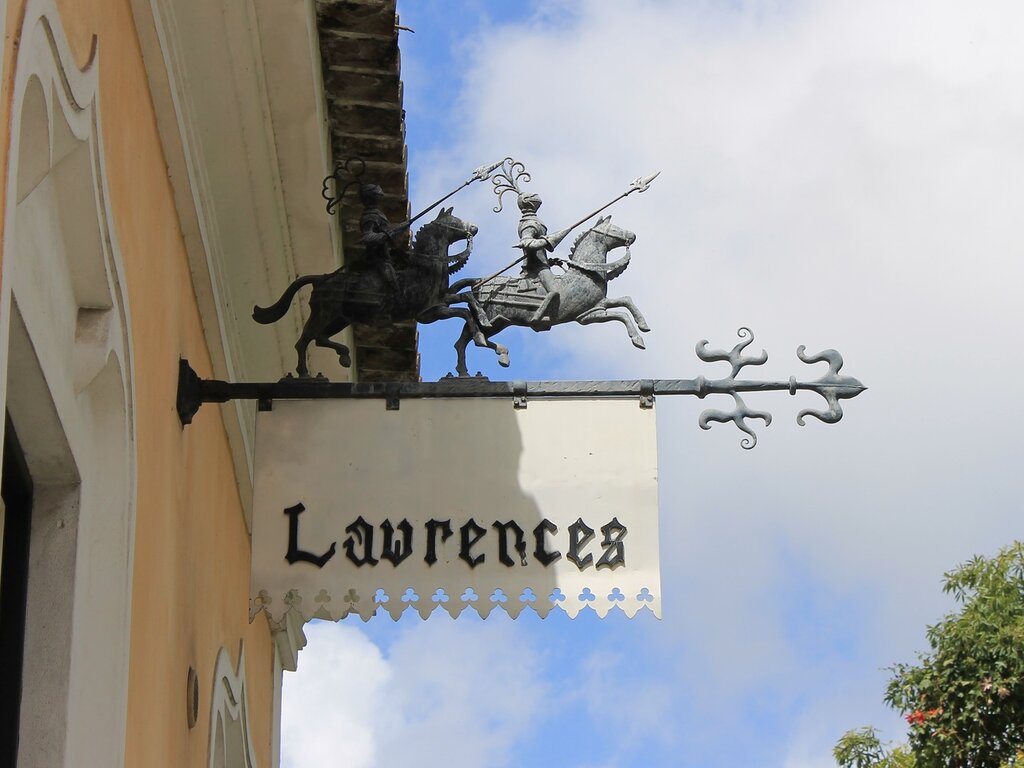