Batalha Monastery. The nave and the Royal Pantheon

After looking at the stone lace facade, look inside the monastery church. The main nave is high and narrow (32 and 22 meters), stunning in its size and lack of decoration. Only the rib vaults are decorated with images of Royal coats of arms. 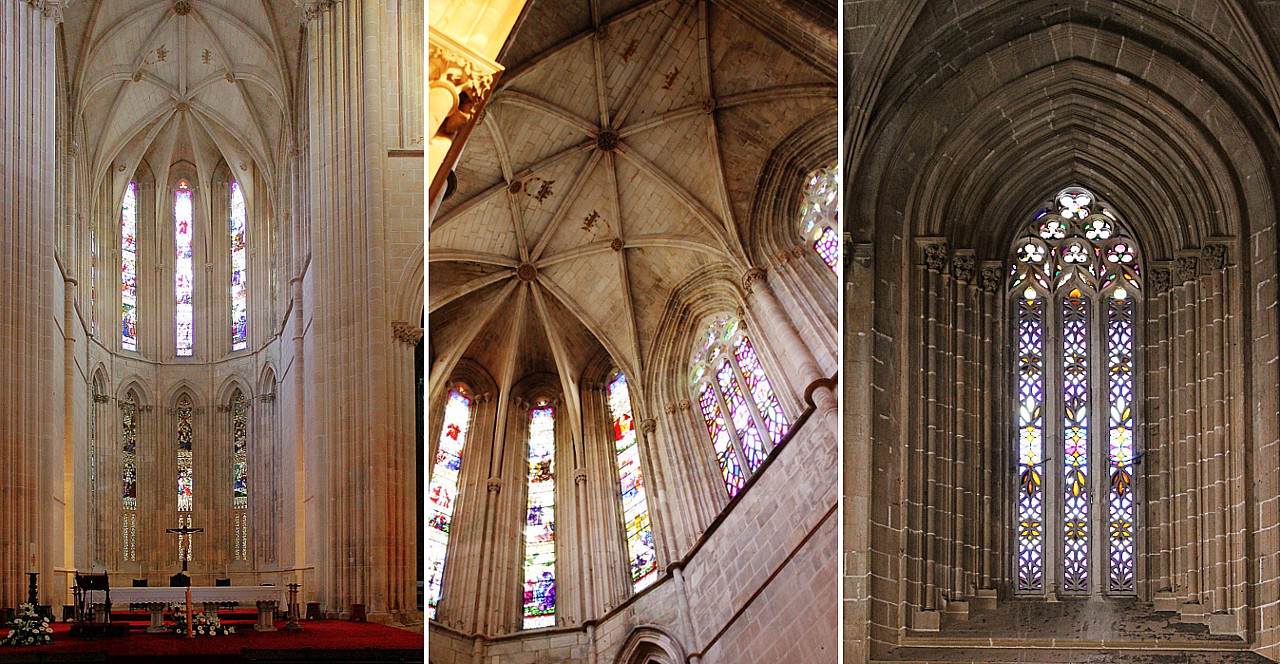 The strict vertical lines of the columns and the complete absence of decorations and statues are characteristic of the " French Gothic" (Rayonnant). 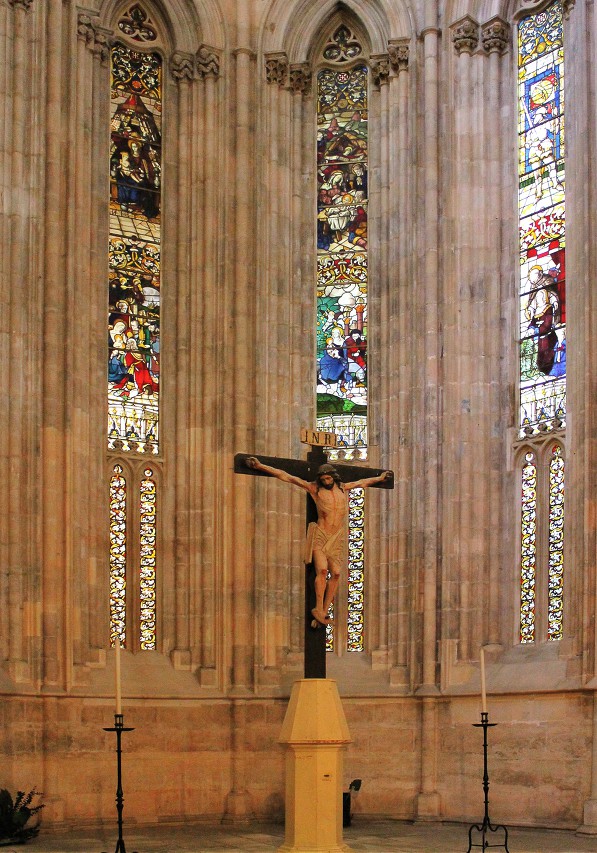 Light enters through large Windows, located in two tiers, as in French cathedrals. 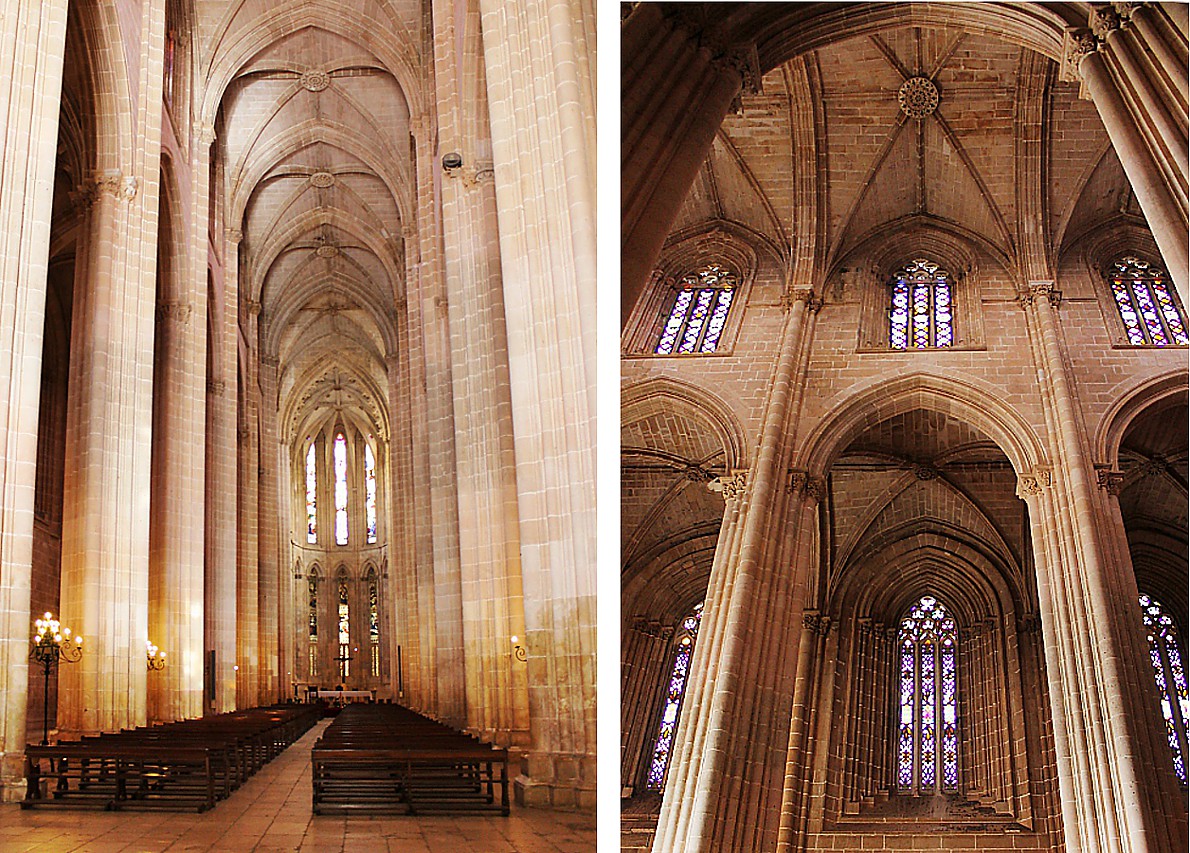 Batalia cathedral was the first in Portugal to receive stained glass Windows. The oldest of them are dated 1430 and made by artists from Franconia and Nuremberg. Later ones, in the choir Windows, are made in the style of "manuelino", they are created by the Portuguese master Francisco Henriques in 1520-1530. 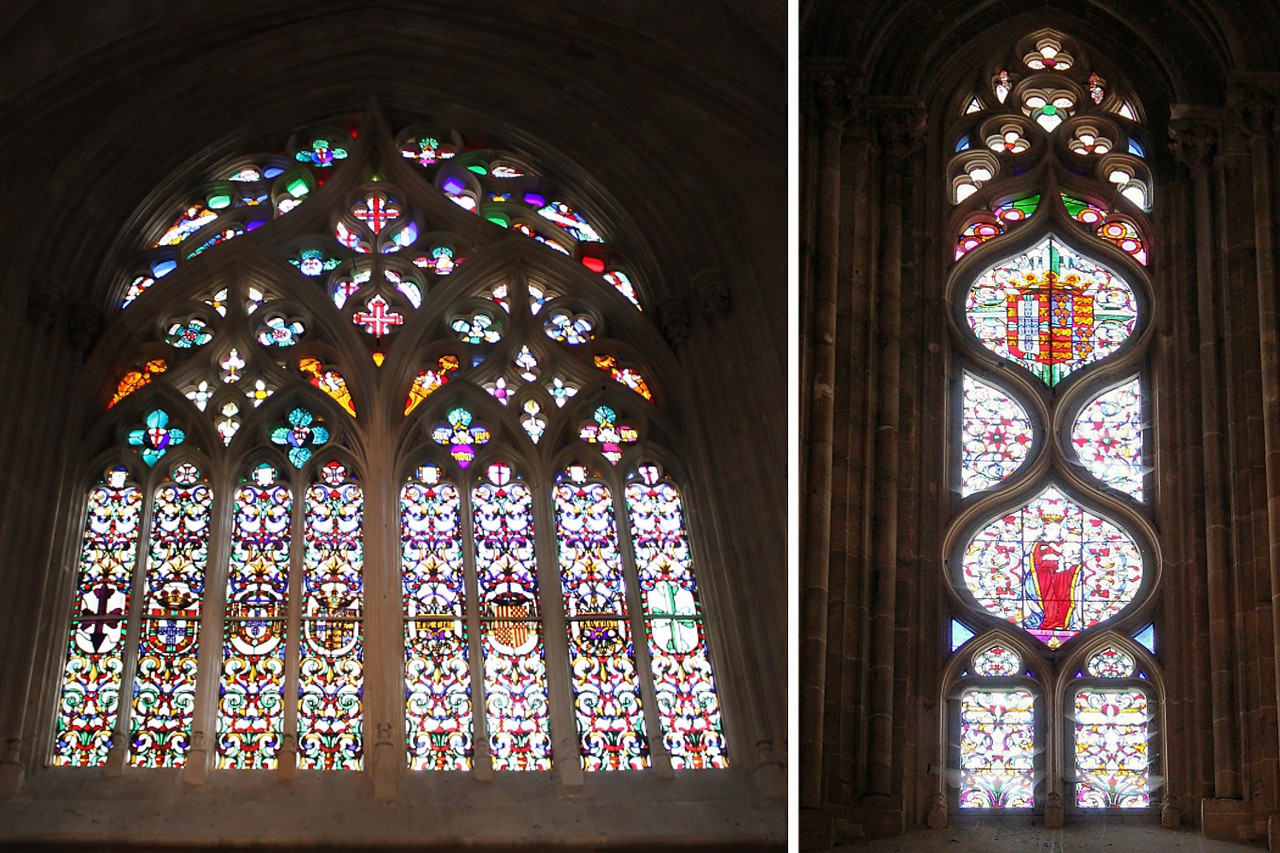 To the right of the main entrance is the "Founder's chapel" (Capela do Fundador), which is more often called "Royal". 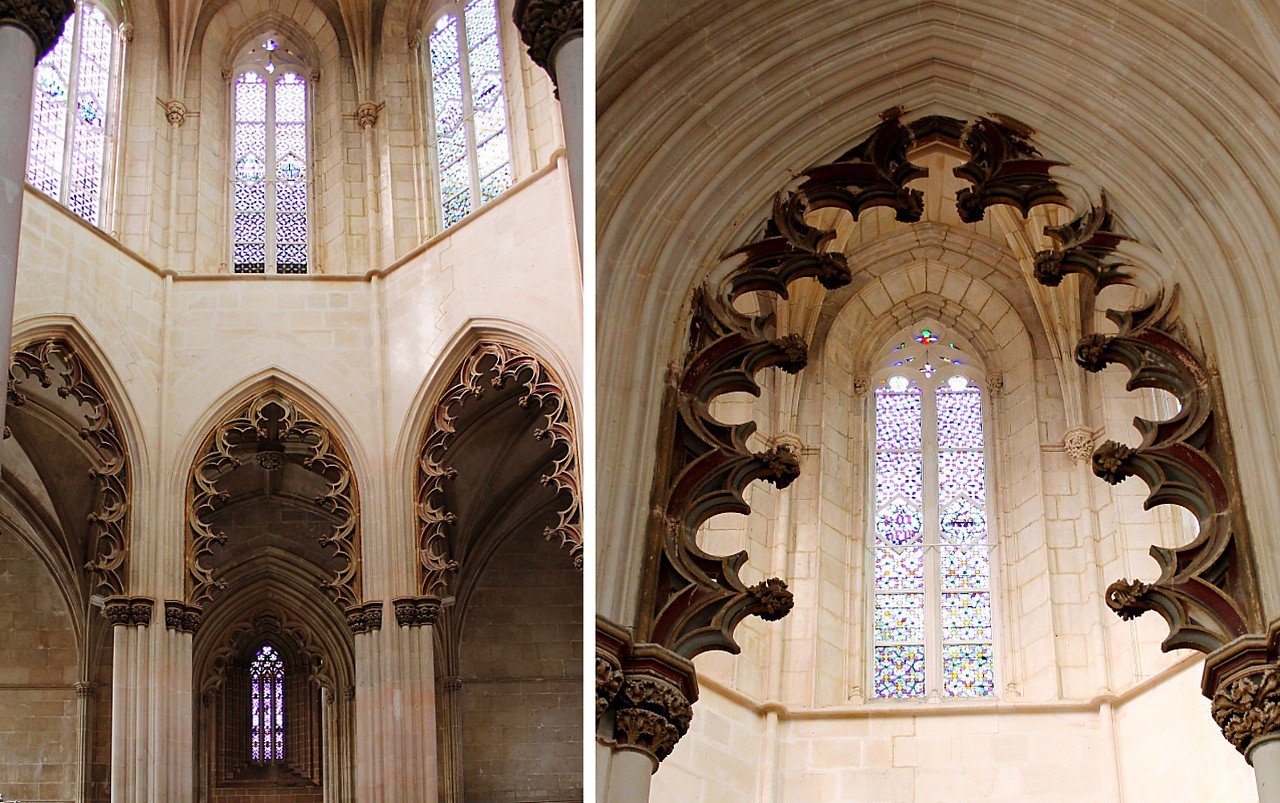 The chapel was built in 1426-1934 by the architect Huget on the instructions of Juan I as a family tomb. 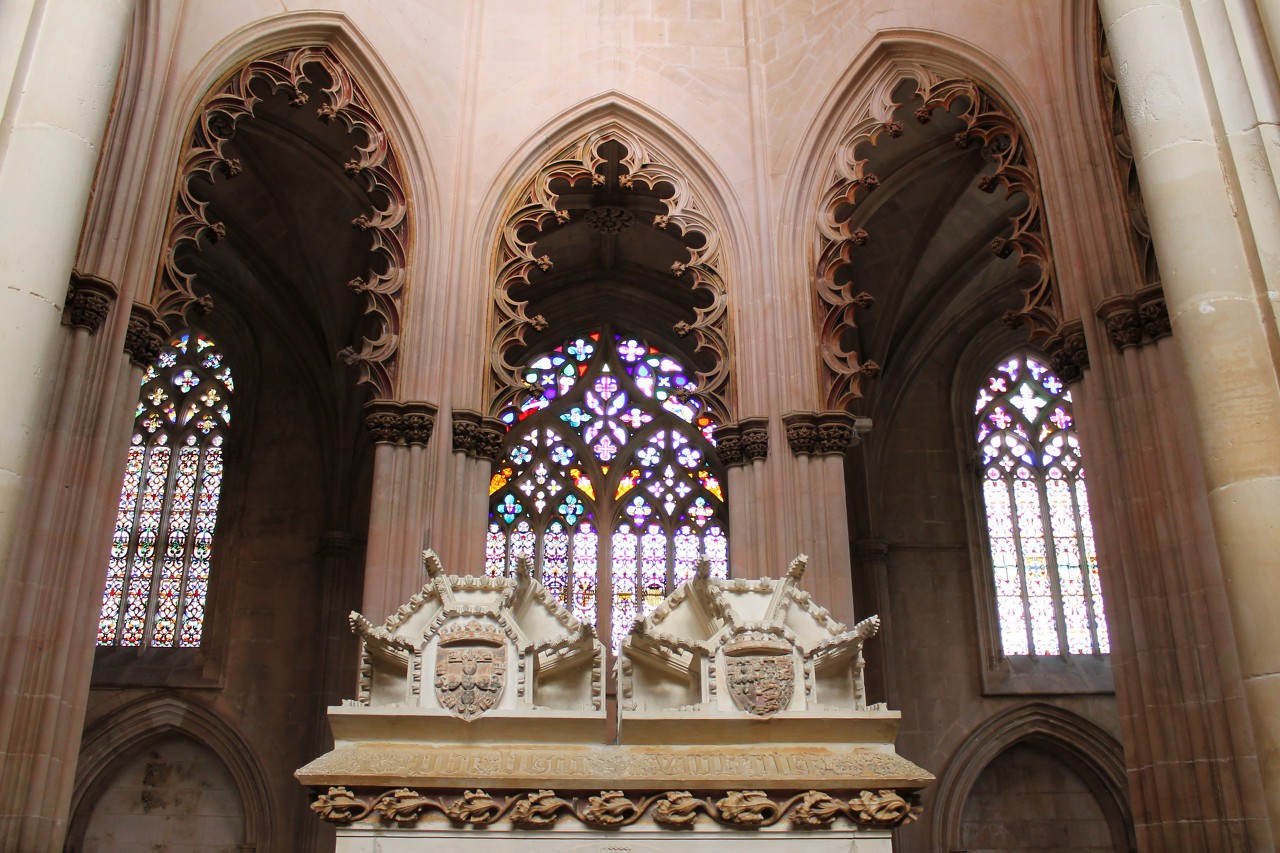 In the center of the chapel is the tomb of Juan I and his wife, Queen Philippa. This is the first matrimonial burial in Portugal, before that monarchs and their wives were buried separately. 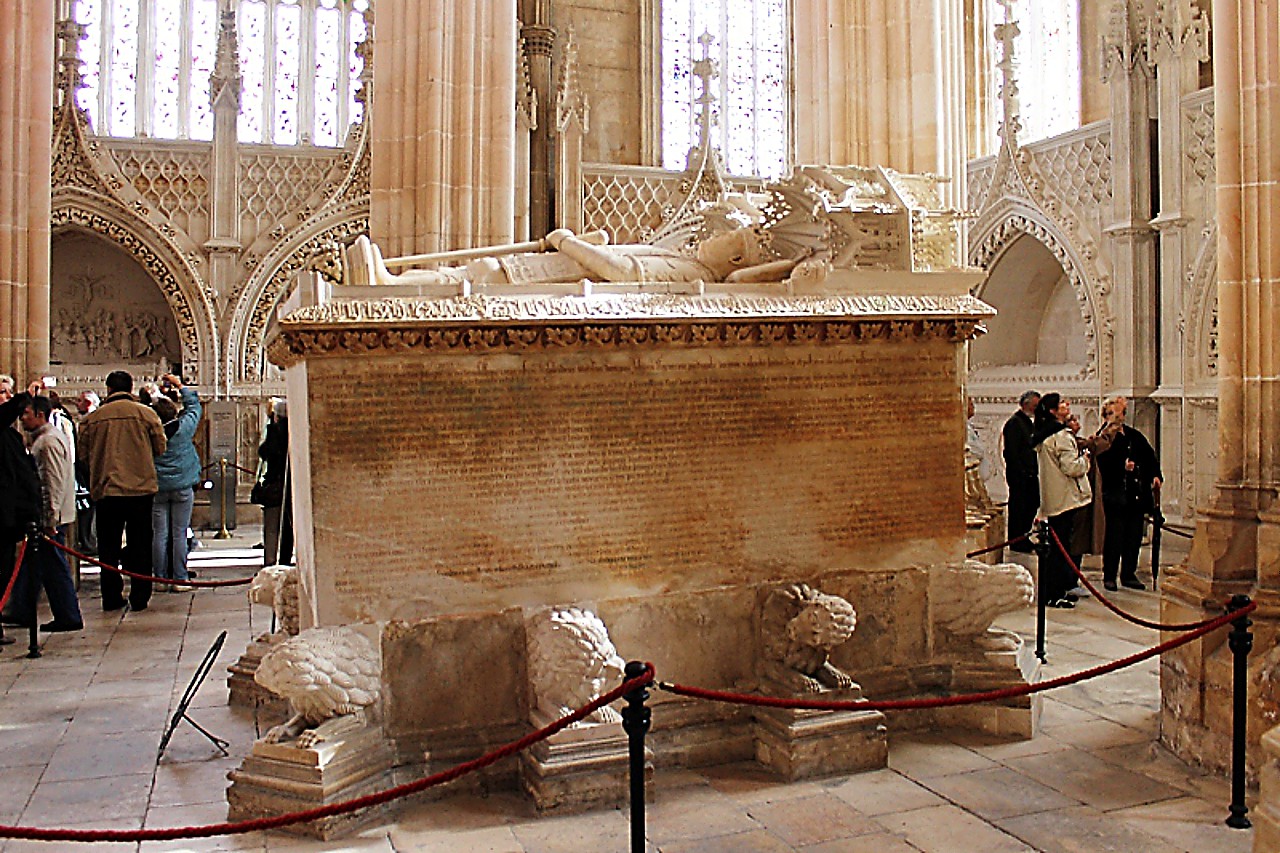 In the niches of the walls, the four sons of Juan I are buried. 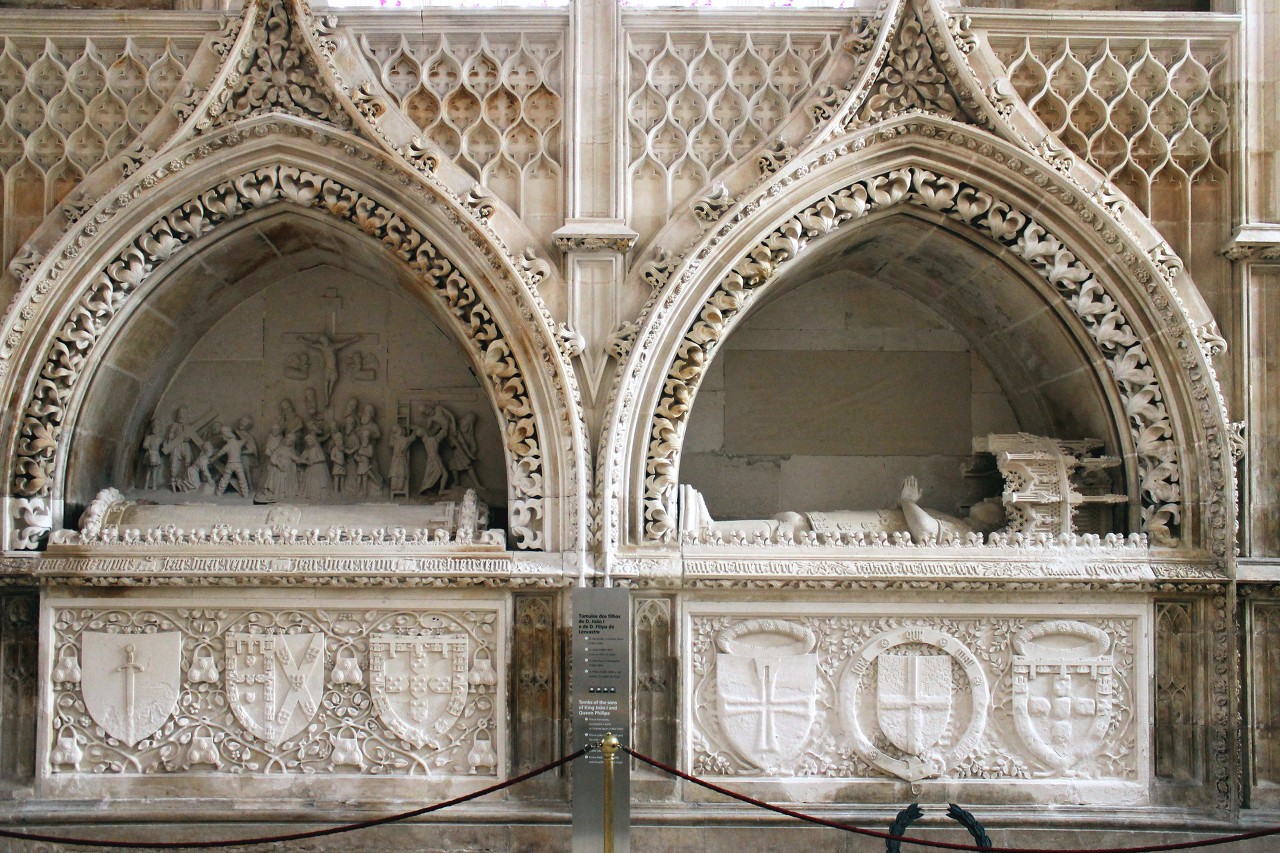 In the second niche on the right is the grave of Enrique, the fourth son, known as Henry the Navigator. 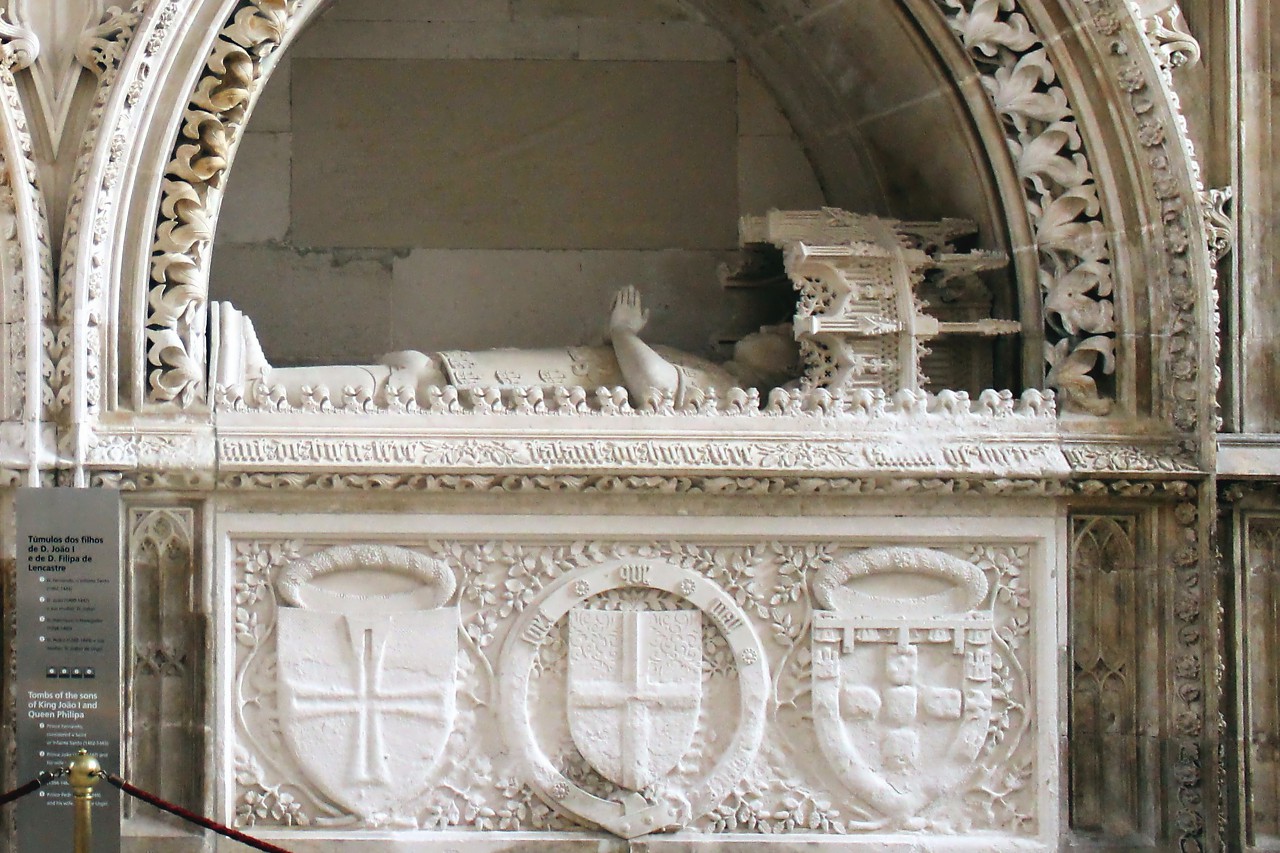 Grave of Juan of Portugal, youngest son, who held the title of master of the order of Santiago. 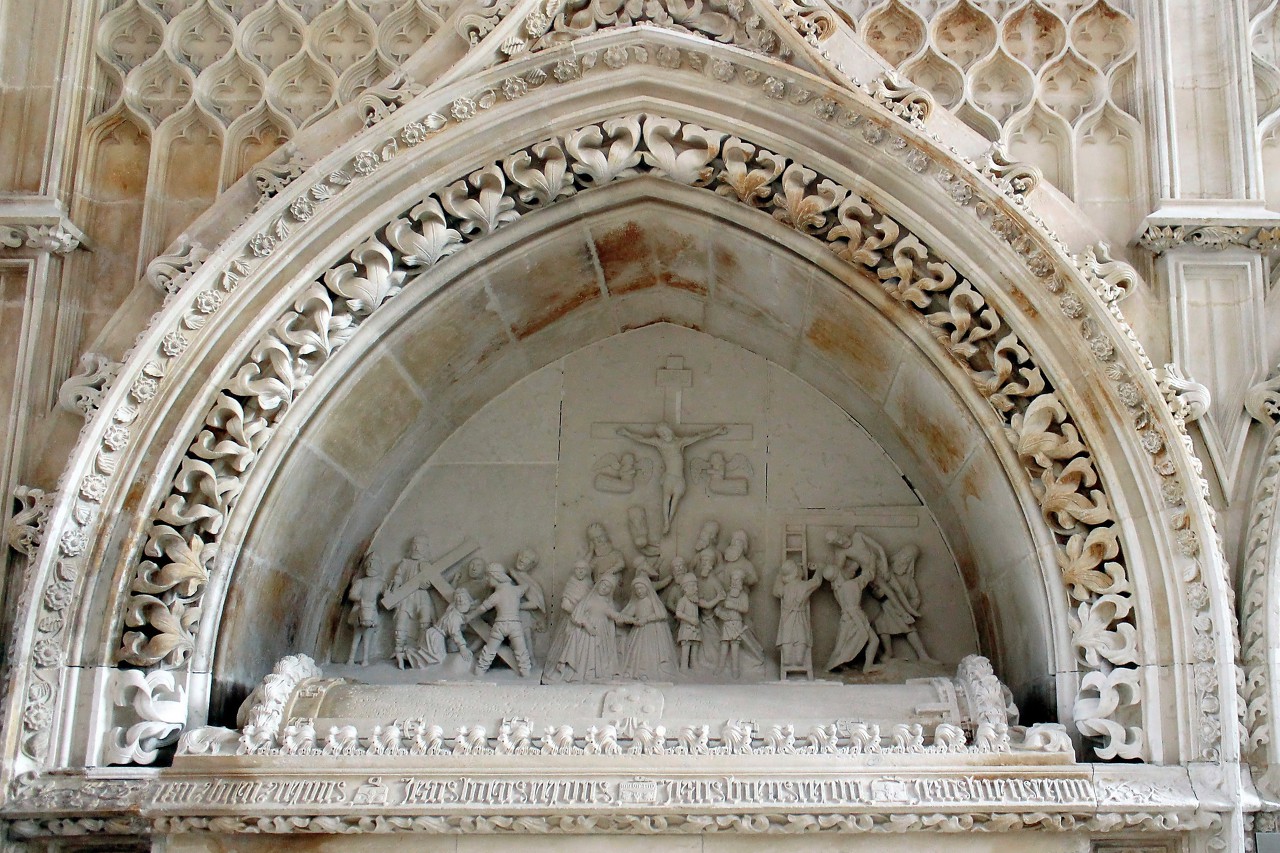